On May 28th a M4.2 earthquake occurred beneath the Dent d’Oche, a well known-peak on the French side of Lake Geneva, close to the Swiss border. The event was felt around Lake Geneva, as well as in the Valais where our station clearly recorded the waveforms (see below).

This earthquake is of interest for several reasons. In the year 563, a tsunami on Lake Geneva was generated from a rock fall in the same area. In 1584, a M5.9 earthquake occured in the same region (Aigle +/-50 km). Finally, the geothermal project planned in Lavey-les-Bains is close enough for this event to be of interest when assessing background seismicity. 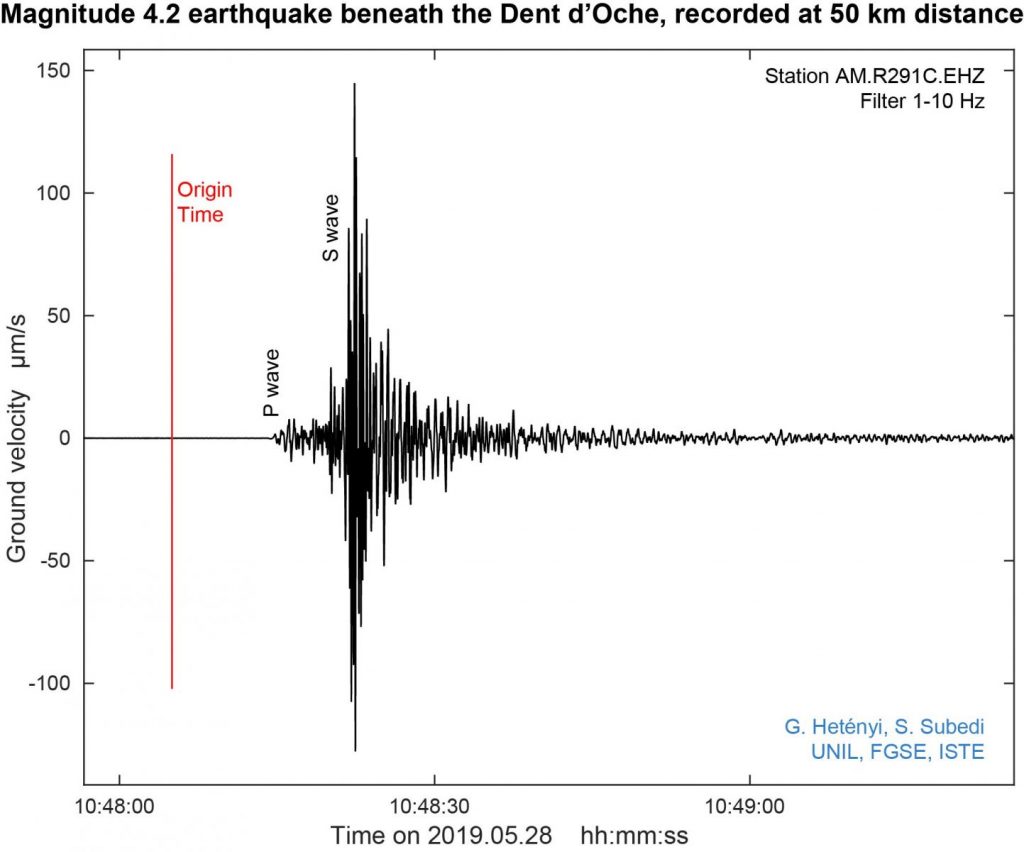 The final PhD thesis manuscript of Julia Singer is now openly available online. The title of the thesis is “Tectonics of the Bhutan Himalaya: New Insights from Seismic Tomographic Images of the Lithosphere“, and contains several research results obtained between 2013 and 2017 in frame of project GANSSER.

Since late 2017 we run the Seismology at School in Nepal program in connection with Shiba Subedi‘s PhD thesis. The project has recently achieved two important milestones:

A lot more could be written here, nevertheless for a start please browse through the links above.