One of our main research areas is related to Multiple-Point Statistics, and here is a list of references related to MPS.

Please check out the book that will tell you everything you always wanted to know about MPS, which is published with Wiley.

Below is a (incomplete and not up-to-date) list of some recent and less recent research topics. For a more complete list, please refer to the publications page where links to journal articles are available, except the very recent ones for which there may be an embargo period. You can also send me an email if you need a specific paper (please no researchgate or linkedin messages).

A selection of some past projects 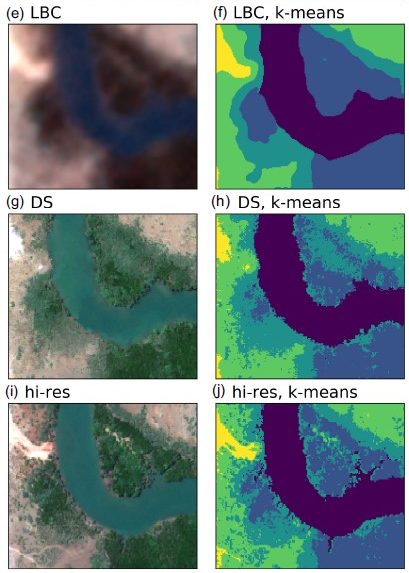 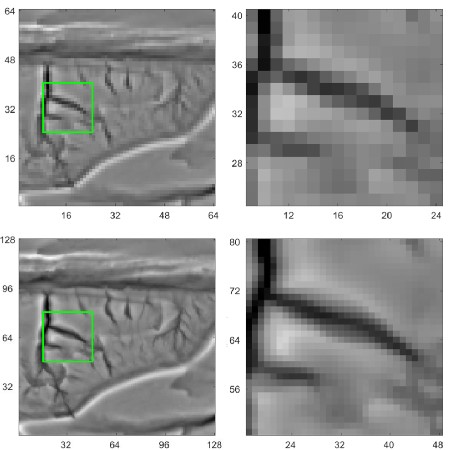 Multiple-point geostatistics for noise-filtering time series, for generating rainfall time series data, and for gap-filling streamflow time series, at single sites or at multiple sites along a large river network, and for multisite rainfall.

Multiple-point geostatisics with the QuickSampling algorithm – more on the methods and open-access code here. 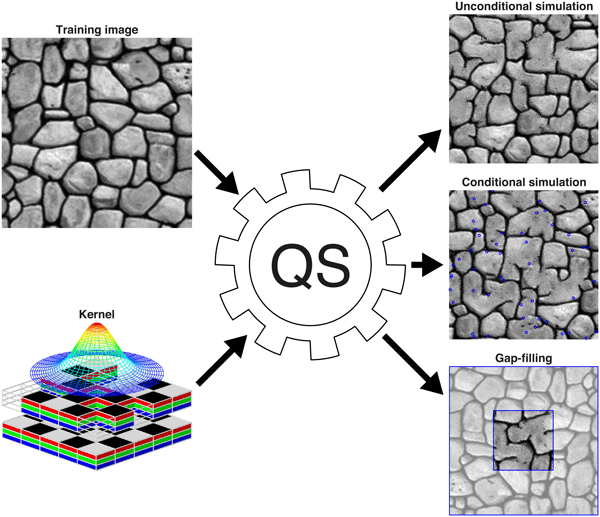 Strategies to accelerate multiple-point geostatistical simulation: by using a two-stage strategy that distinguishes complex and simple patterns, or through parallelization. 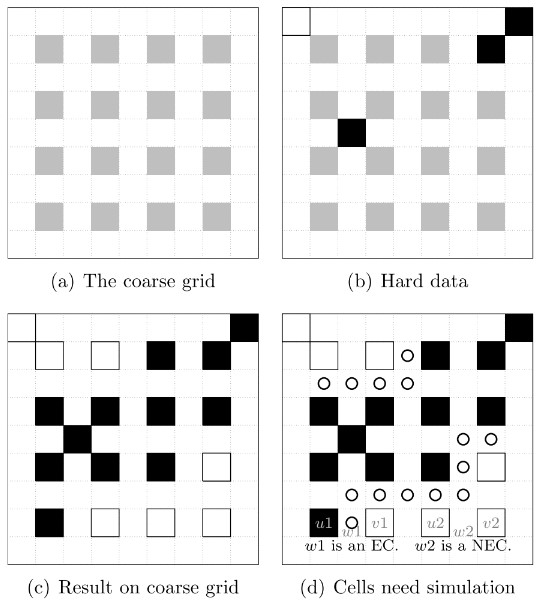 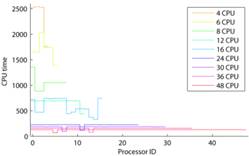 Quantative characterization of speleothems for paleoclimate reconstruction, with new metrics used in Ethiopia (here and here), as a global review, and with a digital technique to automate laminae counting. 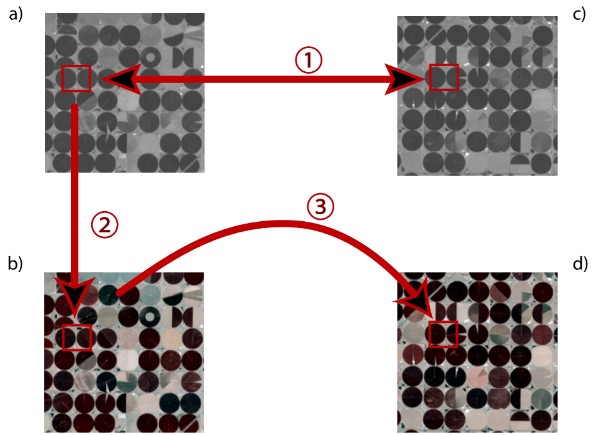 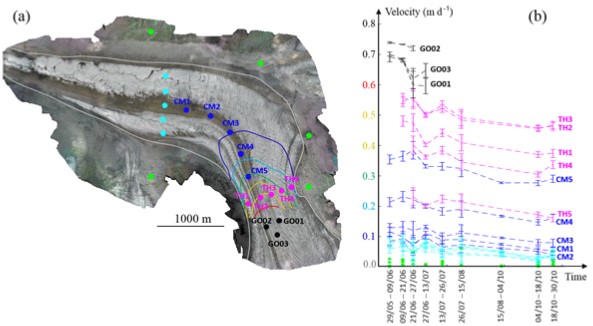 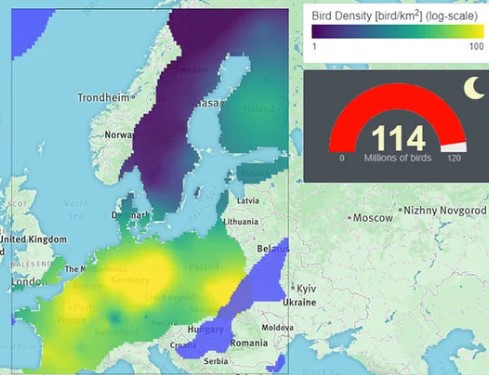 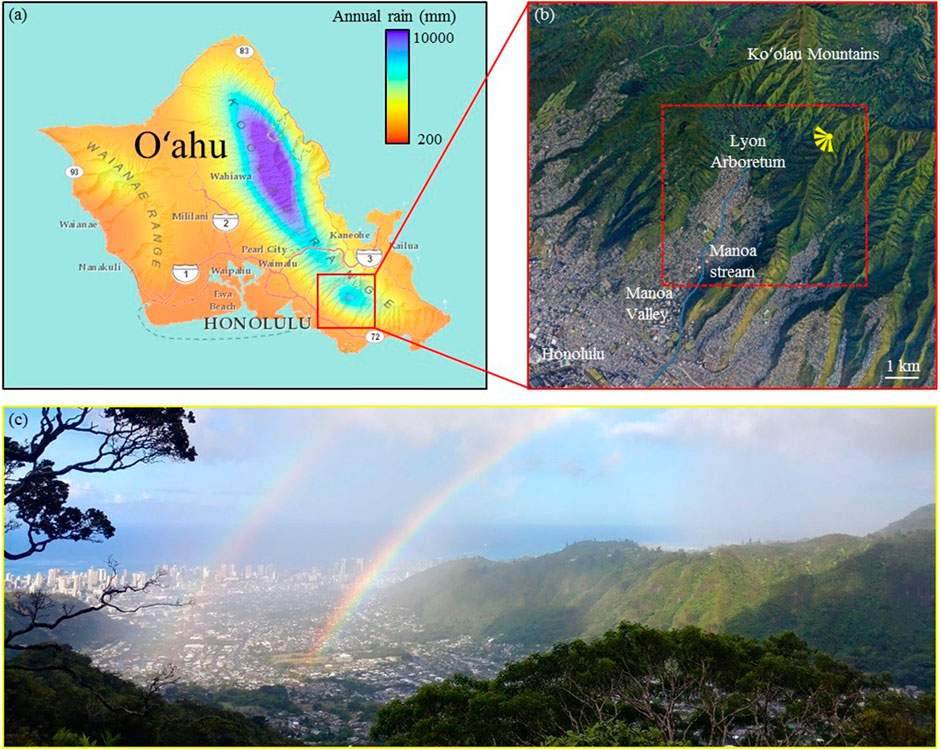 Investigation of the best possible path in sequential simulation algorithms for speed and for best simulation. 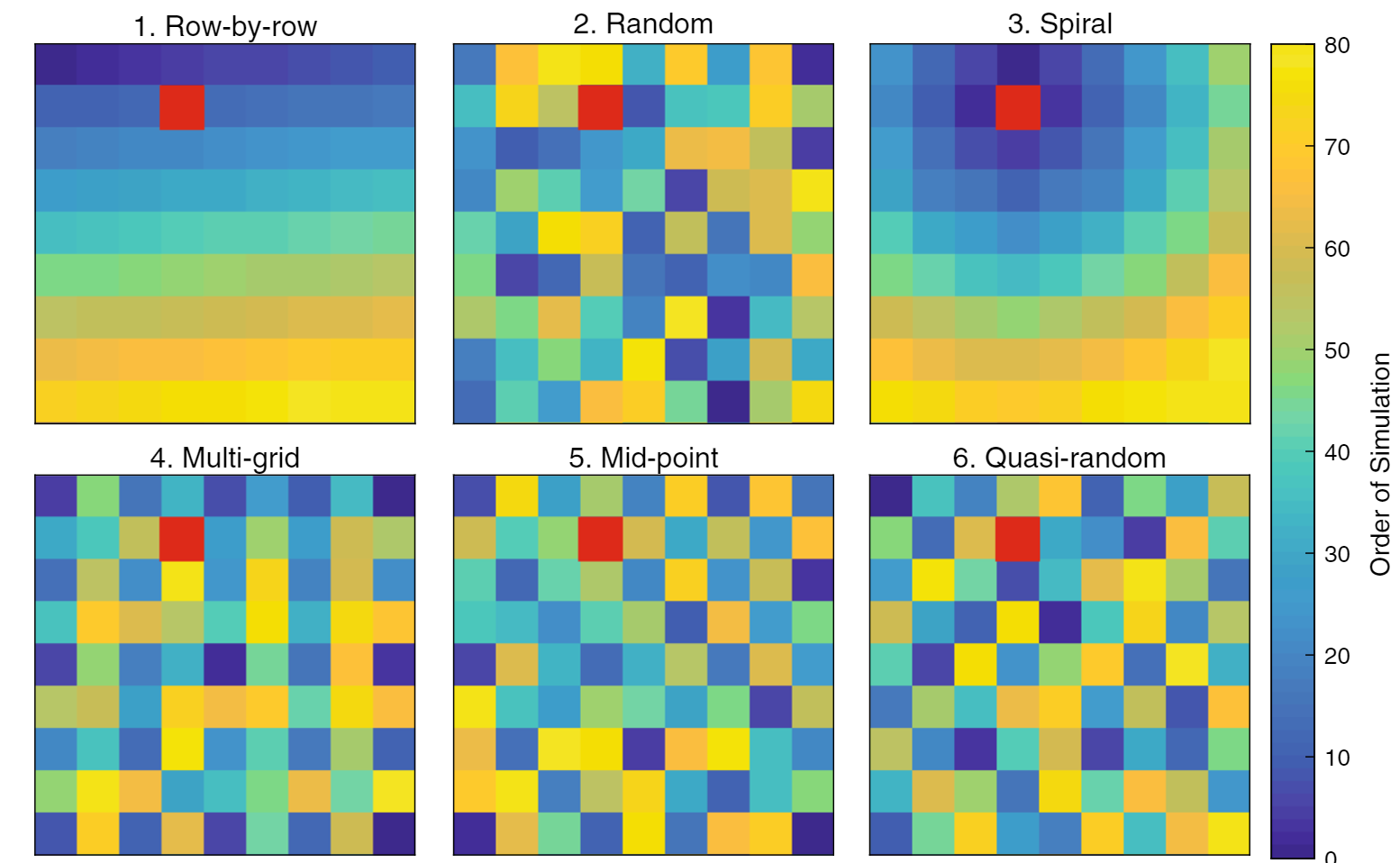 Gap-filling of satellite images using analogues – and other techniques (with particular focus on Landsat-7, but not only) 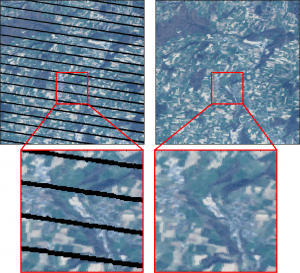 Inverse modeling of subglacial networks, with fundamental developments on a method for simulating a channels network conditioned to pressure data, and its application to the seasonal evolution of the a real alpine glacier.

Agent-based models for water resources management,  their use to incorporate social dynamics, and to investigate the timing of such dynamics. 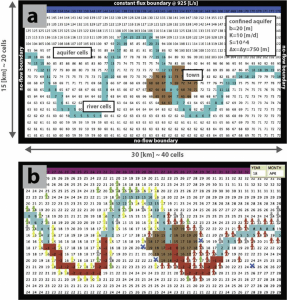 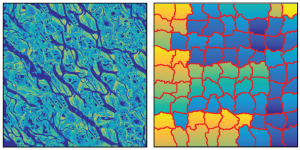 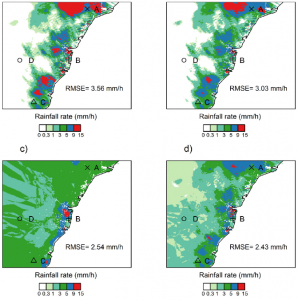 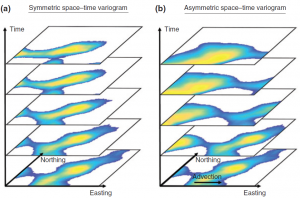 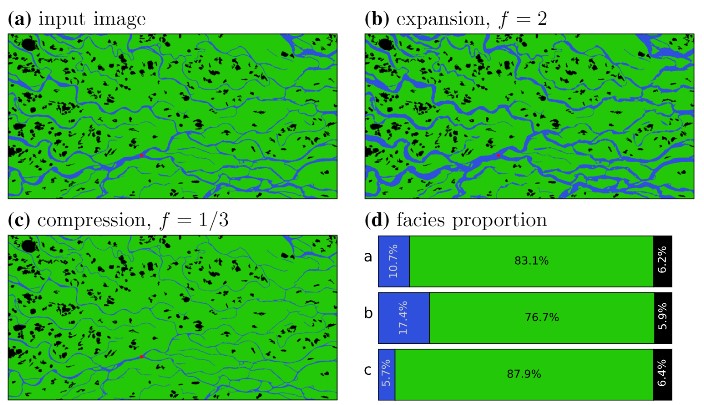 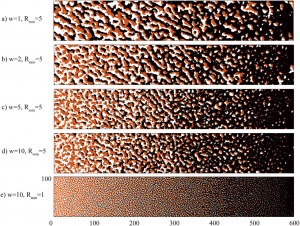 And some cool animations here and here 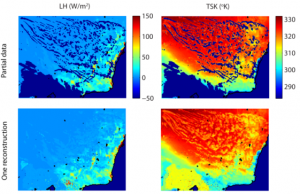 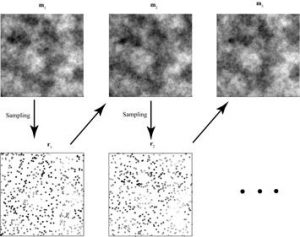 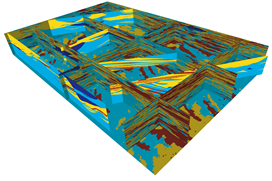 We propose a new cosimulation algorithm for simulating a primary attribute using one or several secondary attributes known exhaustively on the domain. This problem is frequently encountered in surface and groundwater hydrology when a variable of interest is measured only at a discrete number of locations and when the secondary variable is mapped by indirect techniques such as geophysics or remote sensing. In the proposed approach, the correlation between the two variables is modeled by a joint probability distribution function. A technique to construct such relation using underlying variables and physical laws is proposed when field data are insufficient. The simulation algorithm proceeds sequentially. At each location of the domain, two conditional probability distribution functions (cpdf) are inferred. The cpdf of the main attribute is inferred in a classical way from the neighboring data and a model of spatial variability. The second cpdf is inferred directly from the joint probability distribution function of the two attributes and the value of the secondary attribute at the location to be simulated. The two distribution functions are combined by probability aggregation to obtain the local cpdf from which a value for the primary attribute is randomly drawn. Various examples using synthetic and remote sensing data demonstrates that the method is more accurate than the classical collocated cosimulation technique when a complex relation relates the two attributes. 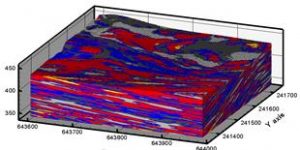