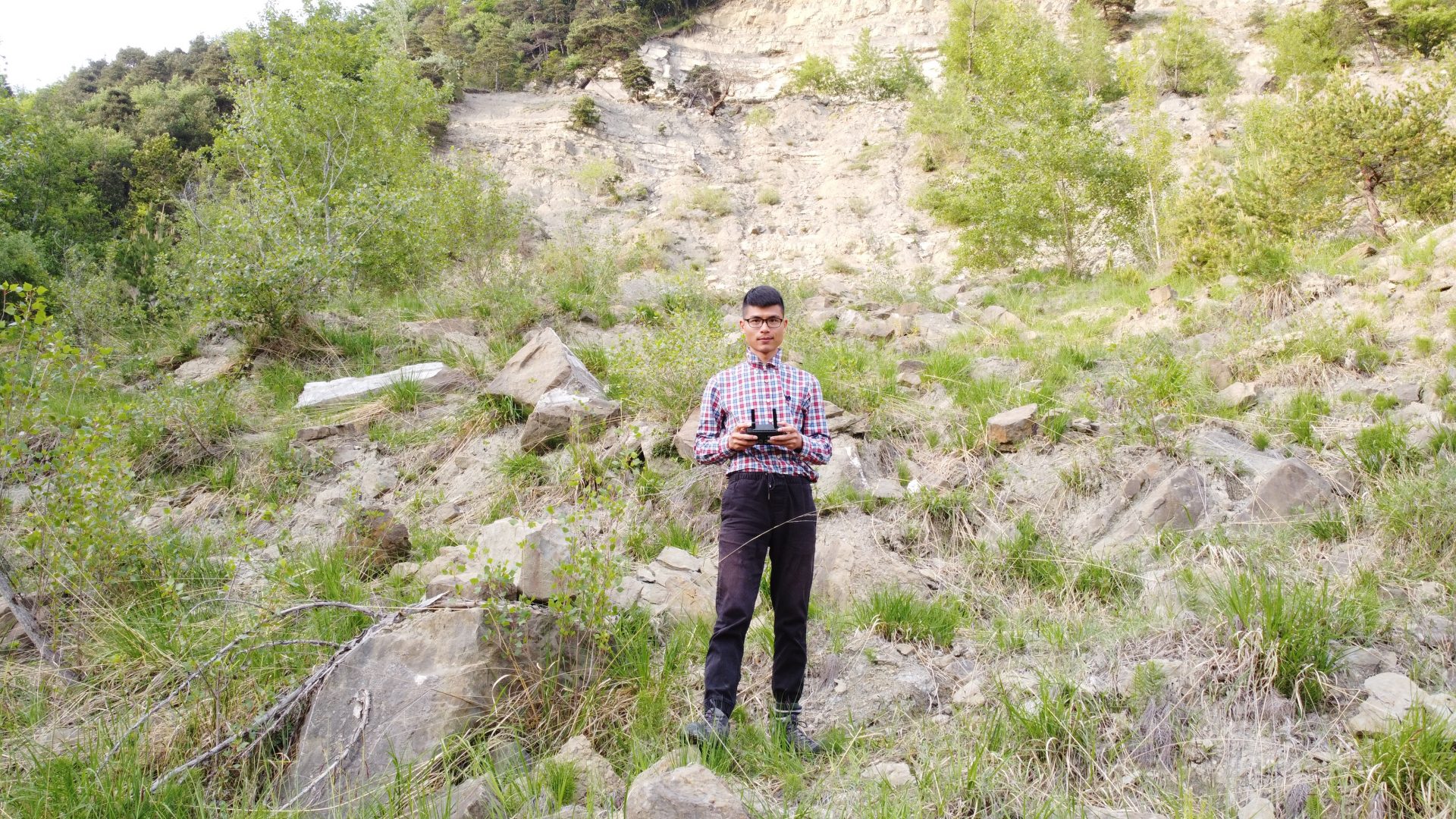 My name is Li Fei. I obtained my bachelor’s and master’s degree in Geological Engineering in China. I started my Ph.D. project under the guidance of Pro. Michel Jaboyedoff at Risk Group of the University of Lausanne from October 2018.
As weathering including physical and chemical weathering has been widely recognized as one of the significant factors that lead to the degradation of slopes in the Alpine mountains area. My research focuses on the influence of mechanical weathering, such as freeze-thaw cycling, cooling-heating cycling, on the rock cliff retreat located at La Cornalle, Epesse, Switzerland, and chemical weathering (water-rock interaction) on landslide located at Bois de la Glaive, Ollon, Switzerland. During the research, on-site monitoring system consisting of a weather station, rock temperature sensors, moisture meters, camera monitoring, interval LiDAR scanning, and UAV SfM photogrammetry was installed. Meanwhile, laboratory experiments are designed to explore the role of weathering on rock sample fatigue using an environmental chamber that can simulate the weathering process.
As a result, this project will achieve a better understanding of the role of weathering on slope degradation.