The program Conefall is designed to estimate roughly the potential rock falls prone area. Theory related to this program can be found in many different articles (Evans and Hungr, 1993, Toppe, 1984). 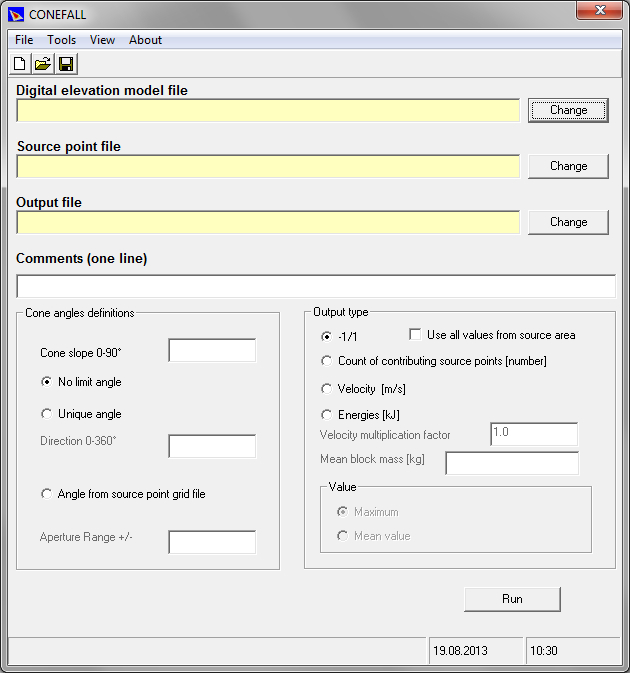 The source points can either be considered as the entire cliffs, the border of the cliff or its bottom. Using simple consideration it can be shown that the mean velocity of blocks is given a function of the difference in altitude Dh between the cone and the topography. Dh is proportional to the kinetic energy that may be acquired by the block during the fall.

Note that Conefall can be used to roughly define the potential propagation zone for a landslide.