Bad weather caused damages and evacuations in Western Switzerland in early May due to floods, debris flow and landlsides.

Strong precipitations occurred on Western Switzerland in the beginning of May 2015, especially on May 1st.  Over 100 mm of rain fell in about 24 hours in some places in Western Switzerland, with a maximum of 130 mm at La Dôle, Canton of Vaud. Those heavy rains caused different damages as debris flow, floods and landslides.

Several roads and railway have been closed, preventively or due to tracks obstructions in the Alps, the Jura mountains and in the Swiss Plateau. Two landslides have disrupted two main railway tracks, causing high traffic disturbances due to deviations and affecting the railway traffic during more than one week.

In the village of St-Gingolph in the Canton of Valais, the Morge river -which is the border between Switzerland and France along the lake Léman- overflowed two restaurants with debris flows. Their groundfloor levels have been totally destroyed.

In the town of Monthey, Canton of Valais, about 300 residents along the Viège river have been evacuated during the night because of the high risk of floods.

The Arve river -which flows through the Chamonix Valley in the French Alps- has reached a flow rate record with 903 m3/s compared to its standard flow of 77 m3/s at its mouth into the Rhône river in Geneva on 2nd May. Several bridges in the town had to be closed, affecting the urban traffic of the second biggest town of Switzerland.

North-east of the Western Switzerland, the lakes of Neuchâtel (Canton of Neuchâtel), Biel (Canton of Bern) and Morat (Canton of Fribourg), overflowed because of the high flow rate of the Aare river. The maximum height of water level has been reached about 8 days after the first heavy rain with a water level increase of 1 meter. A lot of wood has been carried by the rivers to the shores of the lakes.

The damages are only material, no injuries were identified. Financial and temporal damages consequences are high for the two destroyed restaurants. The return to normality for river flows and water levels of the lakes took several weeks. 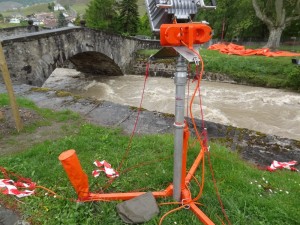 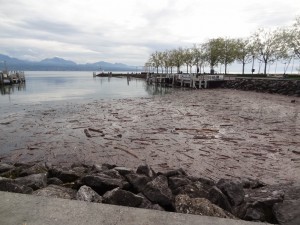 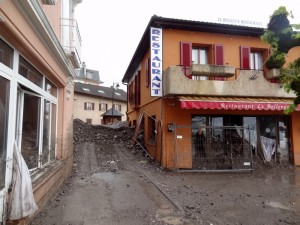 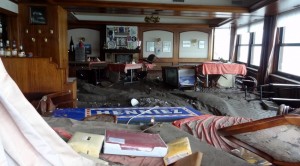 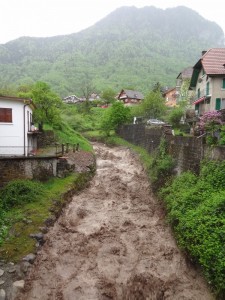 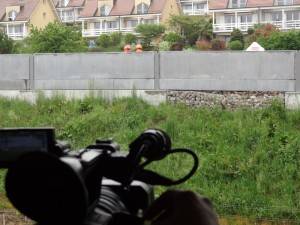 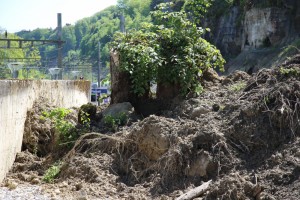