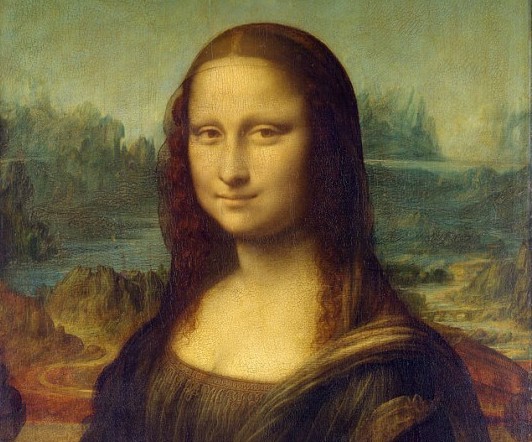 “I shrink from approaching Pater’s style, which has a peculiarly disagreeable effect upon my nerves – like the presence of a civet cat”.

This article is a (futile) attempt to do justice to a figure that has progressively waded out from the conventional literary horizon. Walter Pater, as mesmerizing and influencing as he was in the Victorian “naughty nineties”, does not hold sway on the modern mindset. Too much does he typify the stiff and shy scholar with his natural quietude. His over-the-top theorisation of cultural icons, his swelling and stilted analysis grind the gears of modern critics. His purple and highly evocative style raises objections; bulimistic seems his foray into too many literary genres (essay, pseudo-biography, novel). Plus, not one single sane soul could confide in Pater’s objectivity. The impressionistic approach of the Studies in the History of the Renaissance bids adieu to any modern form of criticism. Pater does not vindicate Matthew Arnold’s classicism, which imposes a critical distance from the object of analysis. Contrariwise, he does not intend to escape the emotion engendered by a work of art (and paving the path for the reader-response criticism, by the way): the subjective reaction enacts the deeply elusive significance of the object of art. Therefore, the reader will not find any fact-grounded or historical criticism: only the “impression of pleasure” is the stake of interpretation, the lens that furnishes the key to Mona Lisa’ smile, or Du Bellay’s spleen-inducing exile in Roma. As surprising as it seems to the 20th century eye, the odds for Pater to shoot to stardom were high in the 19th, with Wilde crowning himself as his most prominent epigon. The outrageous aesthete (too quickly) drew the conclusion that Pater was the trailblazer of the new Hedonism. As a core figure in Oxford’s literary milieu but arcane author to the mass, Pater naturally felt flattered, notwithstanding an understandable wariness. For in the fray and bustle of decadence, in the collision between aestheticism and Victorian moralism, to purport the doctrine of art for art’s sake was a considerable danger, and Pater was soon deemed as poisonous and condemned to a metaphorical pilorit.

That too could be considered as an adjunct inducement for the modern reader, who will soon be enchanted by the long, winding phraseology and complex synthesis of every artistic manifestation in one single sentence. Take, as a foretaste, the literary portrait of Da Vinci’s Mona Lisa:

“The presence that rose thus so strangely beside the waters, is expressive of what in the ways of a thousand years men had come to desire. Hers is the head upon which all “the ends of the world are come,” and the eyelids are a little weary… All the thoughts and experience of the world have etched and moulded there, in that which they have of power to refine and make expressive the outward form, the animalism of Greece, the lust of Rome, the mysticism of the middle age with its spiritual ambition and imaginative loves, the return of the Pagan world, the sins of the Borgias. She is older than the rocks among which she sits; like the vampire, she has been dead many times, and learned the secrets of the grave”.

Outrageously subjective, the all-encompassing association of diverse ideas conjures up an amiable wandering in a dream-like state, as well as it compels the reader to fuel the enthusiasm for old – to the verge of redundancy – topoi. The continuous fascination, from the fledgling allurement of the novice to the “hard, gem-like flame” of the weathered reader, holds sway in the long run, perhaps because of the diverse subjects that Pater embraces. His most praised essay on the Renaissance entails the pictural as well as the literary arts, from Leonardo de Vinci (quoted above) and Botticelli to less known figures, like the German scholar Winckelmann. This subjective line-up is easily explained by the fact that all of them embody a strong individuality that acts as a blazing torch for the centuries to come; an inspiration that would lead to a renewed understanding of life, to briskly sum up Pater’s conclusion.

For the gripped audience, Pater’s novel Marius the Epicurean would fulfil the wish of seeing a human, deep-coloured incarnation of the sometimes abstract philosophy (yes, let us confess that drawback, but we promise it is the only one). Pater wrote it out of fear of being hastily judged on his disreputable aestheticism, but notwithstanding the back-story, the novel, set up in the Roman age, remains compelling and singularly modern. Unless the Greek Studies reveal themselves as a must-read and compulsory input for the curious mind. Fortunately, the Oxford World’s Classics have recently re-edited the Renaissance studies for a modest price; the rest of the works can easily be bought in the Cambridge Library Collection. The Renaissance has not only swept the 14th,: it has also come for Pater, “dead many times”; nonetheless resurrect as swiftly as his dame Lisa.

PATER, Walter, Studies in the History of the Renaissance. Oxford: Oxford University Press, 2010.