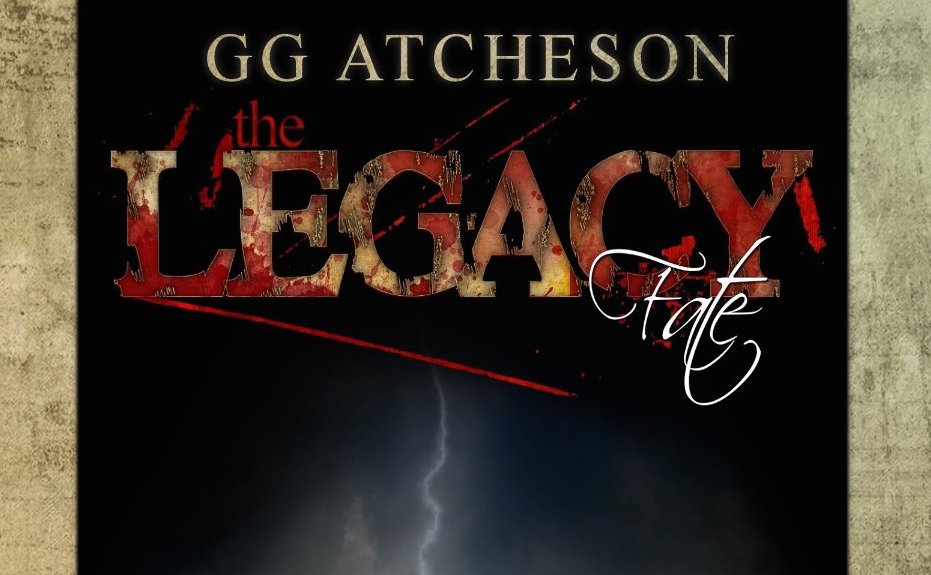 G. Atcheson, born in Montreal, Canada, is an independent author whose science-fiction books are already high-rated by online reviewers. And although she hated writing at school, Mrs Atcheson has always been a self-proclaimed dreamer. Words didn’t find their way to the paper, but many stories still lived in her mind. “Whether it was to put me to sleep at night or on the long commutes to work,” she says, “I’d close my eyes and imagine.” That imagination only needed a little impulse to turn into The Legacy series. That impulse happened one night as Mrs Atcheson was discussing TV shows, movies, and books with her husband; they found out that the two things they liked most (aliens and vampires) never appeared together. Soon after, she sat down at her computer to write her sci-fi novels.

G. Atcheson chose to self publish her novels because of the freedom it allowed her. And above all, she “wanted [her] characters to stay how [she] imagined them and not how the publisher would want them.” She writes her books in the point of view of an alien as a kind of linguistic strategy. Indeed, born in Montreal from French speaking parents, Mrs Atcheson does not write in her mother tongue but in English, especially after moving to the United States in 2000. She chose to write from that particular point of view so that her mistakes wouldn’t show. However, she needn’t worry about this issue because, like a reviewer told her, her French origin doesn’t show in her writing. And this shows just how meticulous she is in her work.

G. Atcheson’s science-fiction novel The Legacy: Fate is the story of LX (or Alex for Earthlings) who crashes on Earth, light-years away from his destination, while on an exploration mission. Alex knows he must not fraternize with the natives, and he does his best to keep away from them. That is, until he meets Mellie, an attractive young woman with speed and strength which, though unknown to Earthlings, are oddly similar to Alex’s own special abilities. He will thus start going out with her, first out of scientific interest but soon also because of tender feelings. For her, Alex will break his own people’s rules up to the point of no return. He will face betrayal at the hands of his new friends, and torture at those of his new enemies. And while Alex might be the only chance to save Earth from doom, he may have to break his primary Oath: the vow never to take a life.

The Legacy: Fate is a very well constructed novel with lots going on: unexpected plot twists, sub-plots combining into incredible climax, complex characters evolving on different levels, etc. The book starts with a short prologue which immediately throws the reader in the action, promising a thrilling and entertaining story. The language is fluid and makes for a quick read. Moreover, the pronoun you is used to address an implied reader in a quite light and witty dialog-like style. The novel is written through the eyes of an alien, with an internal focalization. This allows several powerful things. First, a lot of suspense is created as the reader discovers what happens at the same time as the protagonist. Then, a funny level is added to the story with the alien’s misunderstanding of Earthlings’ manners and jokes. More importantly, this particular narrator is cleverly used by Mrs Atcheson to criticize some human practices (such as hunting, for instance). The alien’s viewpoint is also an interesting device to defamiliarize certain common things. Money, for example, is referred to as “thin paper used in trades.” Earth’s description through alien eyes at the beginning of the novel is very striking as well. One more strength of this brilliant novel is the great intertextuality. One cannot read Alex’s exploits without thinking of Superman. A lot of historical events are also quickly mentioned to give some background to the novel and to enrich the character of Alex. There are, however, little reproaches that could be addressed to Mrs Atcheson about Fate. The most important one would be the projection of Earth traditions on her alien protagonist (he prays God, wears a wedding ring, etc.). Another negative point is that of the missing parental advisory. Indeed, the novel contains some swearing and sex scenes, but the reader has no way to know it before actually reading those scenes. Besides, these sexual encounters are almost the only descriptions of the protagonists’ relationship. The final combat scene is also slightly disappointing as its main focus is somewhat displaced from the main narrative (but I won’t say more, I wouldn’t want to spoil it for you). The Legacy: Fate could also have done with a little more editing, but it is nevertheless a very clever novel which surprises by how well very different things—ravaging weather, aliens, vampires, and crime—are brought together. And what is most astounding is that it actually works; everything incredibly fits together despite the different genres.

G. Atcheson writes in the hope to give company to lonely people. As she says herself, “more people than we know are alone. Sometimes it’s by choice, other times it’s due to health reasons. They are stuck at home or in the hospital, and I believe books offer a good way to occupy their time. Our characters become their friends. As an author, we owe them good stories with relatable characters, something that will keep their mind off their everyday struggle.” Mrs Atcheson has this very humane mind (just like her character Alex) which also shows in her love for pets. Not only did she want to be a vet when she was a teenager, but she now owns three dachshunds and two cats. And although she admittedly writes for herself first, she also wants to share her fiction with sci-fi fans. “I hope that others who have a special love for [science-fiction] will be happy to discover there is someone out there who is writing about them. I can’t be the only one, can I?” Indeed she isn’t the only one. G. G. Atcheson writes original and unique stories, with great potential for more perfection and which would deserve a place on your shelf.