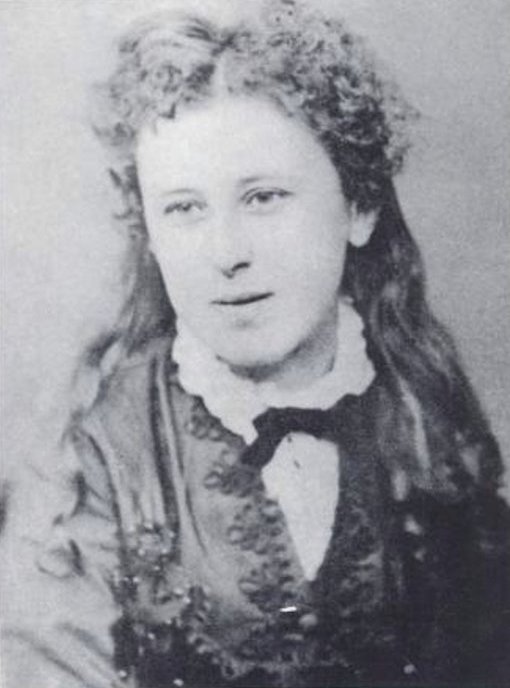 On the question: have you heard of Violet Piaget, most people will certainly answer negatively. So, one prim reader who is a (tiny) step ahead will try to make the best of your unforgivable ignorance by schooling you on an ill-starred and ill-defined figure. Let us hope that no bad writing will join these baleful premises. At any rate, I give you now Vernon Lee (aka the above romantic name); woman with many personae, whose knack in writing is not the most prominent of her numerous skills.

Curiouser and curiouser, you must mutter to yourself, and you will be right to do so. I personally would not have taken the trouble of delving into Mrs. Lee’s works – apologies, Mr.: one has to be on one’s guards, especially if one is a female in a phallocentric Victorian society (but the gender swapping is confusing; why hadn’t she thought about that?). Setting aside the mystery, I present you, this time in the customary formal fashion, an author whose areas of expertise cover not only cultural studies, but also Gothic literature (yes, that point should induce anyone who has got a sweet tooth for anti-normative horror– I strictly forbid any vampire-related pun).

The all-encompassing portrait does not stop here, for the exceptional nature of the writer still remains to be disclosed! Educating herself at home (with the notable help of a Swiss governess), polyglot (proficient in French and Italian, not mentioning her mother tongue), changing her name, were not the sole acts of daring Vernon Lee undertook. A counterpart of her male peers, she actively embraced the hack job, writing for periodicals; travelling worldwide ; publishing her first breakthrough work at twenty-four, not a model, albeit not a blueprint either: the Studies of the Eighteenth Century in Italy still propels attention nowadays. Moreover, as a female writer, Lee/Paget was primed to play with the oppressing norms, and many of her stories raise issues of female power; conflicting identities at odds with societal coercions. For instance, her novel Mrs. Brown rewrites Henry James’ Portrait of a lady, with a slightly different ending: the sour triumph of James’ heroine returning to the wedlock is here pictured as a capitulation (but this is not the place to rant on an author who deserves our respect and admiration. I will therefore contain my impulsions).

Anyway, Vernon Lee kept on with the good work and published a compendium of short stories, Hauntings, in 1890, Decadence era par excellence. Fin-de-siècle influence transpires through the eerie atmosphere and the textual ambiguity of her plots: never do we know the standstill moment when, from the certitudes of reality, we swing into the realm of fantasies. Every male narrator of Dionea, L’Amour dure, or The Wicked Voice, partakes of this feeling of estrangement. We don’t, cannot know – save that the object we behold is supernatural, strange, and marvellous. Lee pointed out that her ghosts were not genuine, but internal; expressing repressed (and often immoral) desires, a Sigmund Freud would even state. As the critic Nicole Fluhr insightfully says, “ Lee’s stories emphasize the cataclysmic consequences for subjectivity that ensue when one person seeks to know another”. That is a gate-away to surprise, on both sides of the sheet. In Dionea, an Italian doctor finds himself befuddled before the feats of a foundling child, rescued from a shipwreck and brought up in a nunnery, but little does he know that she is, in fact, Venus herself. Likewise, in L’Amour dure, the (again) male narrator fells in love with Medea de Capri, long-time dead duchess of the XVIth century, and would do anything to bring her back to life, even to the price of sacrifice; of himself, of morality. The wicked voice of a tenor of the XVIIIth century hinders a composer from writing his own melodies, but no proof of the reality of the ominous influence is given. The unreliability of each testimony (epistolary genre and diary) makes the reader wobble between truthfulness and mendacity. Past pervades present; pagan gods tread this earth; dead resurrect and address the living. Multiple enunciative voices speak out and contradict every tinge of common sense, but this uncertainty is what makes Lee’s stories so gripping. The word haunting acquires a significance it has rarely had.

Plus, Lee does not content herself with quiver-inducing narratives. On a first level of interpretation, one can assume the high strain of tension mingled with fear that the reading induces. On a deeper level, the causes of this bristling perhaps resides in the mystery of the hermeneutics, and the endless questions the text engenders. To what extent the absorption of a personality could go? Is the femme fatale an objective element unrelated to the narrator, or is she his own projections? How can an epoch be encapsulated in one individual without fictionalisation? And finally, how does one conscience construct her network of meanings? Vernon Lee’s texts are hotbeds for speculations, and the reader would have to undertake a hide-and-seek game to flesh out all their meanings.