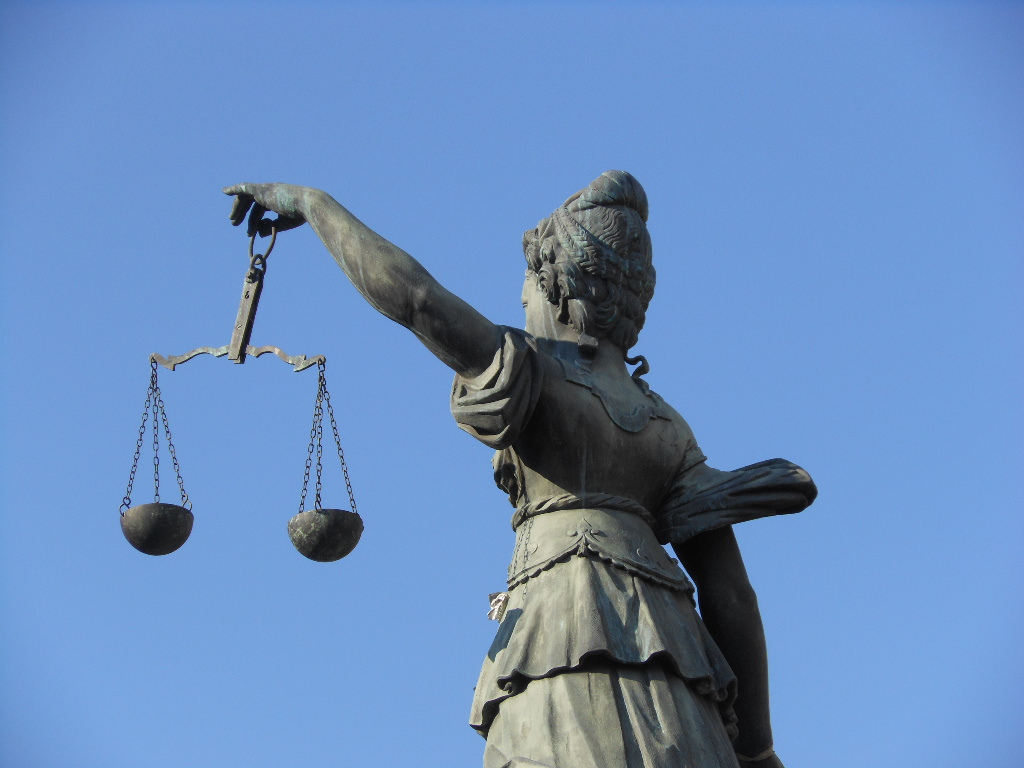 “It is kind of weird to have a German teacher who, well, is Vietnamese, no?”

I was having a seemingly innocent conversation about my professional ambitions and when I told this middle-aged white man that I aspired to teach German and English, he blurted this to my face. When I asked, “Why so?” I could see that he immediately regretted his words, mumbled something about my appearance, and finally found some excuse to walk away.

This made me question the representation of women of colour in the professional world, especially in professions where they represent an institution. As far as I can remember, there has only been one female teacher of colour in my studies, and that also includes obligatory school. Why is that? Are we prevented from getting these kinds of jobs? Which mechanisms are implemented to prevent women and women of colour (WOC) from filling these positions?

In the wake of the US mid-terms, the election of the first Muslim-American woman, Ilhan Omar, or Alexandria Ocasio-Cortez, a self-proclaimed democratic socialist of Puerto Rican descent, to Congress is a big win for the representation of women of colour in professional and political positions of power.While the first once described herself as “America’s hope and the president’s nightmare”, the latter claimed that she “[was] running for Congress to create an America that works for all of us, not just a wealthy few”.

This unapologetic tone and, well, their status as WOC, is shaking up the political sphere.

Eddy Scarry, commentary writer for the Washington Examiner, seized the opportunity to speak his mind. He has tweeted about, surprise, surprise, Ocasio-Cortez’ clothing in an attempt to delegitimize her.

First of all, the rights to a build person’s image and the respect of their private life, have you heard about it? Yes, she is a public servant and having her photo taken against her will is part of the job, but a professional using this kind of source – a shot taken behind her back – is representative of the cowardice of this kind of discourse.

It is, however, this discourse of delegitimizing women and WOC by criticizing their appearance and clothing that tires me: trying to reduce women and their competency performing their job to their outer appearance is an all-too-familiar strategy.

In regard to Ocasio-Cortez’ clothing, she will be criticized however she dresses: the Congress is known to have a strict dress code, so if she does not dress accordingly, she will not be taken seriously. In fact, she has already been mistaken for an intern because of her young age. And if she does dress appropriately, ill-intentioned comments such as Scarry’s surface.

This strategy is one of the many strategies the patriarchal hegemony uses to undermine and delegitimize women and WOC in this institution: the attempt to associate women with what is usually perceived as superficial. This implies an oversimplified and one-dimensional representation of women and WOC.

They are thus trying to take away our agency to present and represent ourselves.

However, Scarry is not only trying to attack her as a woman, he is also trying to undermine her working-class origins by implying that she is a hypocrite. He is ultimately using the convenient discourse of blaming working-class people for their own condition, which claims that if they do not look like they are struggling, they are not.

Furthermore, calling an elected Congresswoman a “girl” just shows how much disdain Scarry carries for Ocasio-Cortez and what she is representing.

In the meantime, Scarry deleted his tweet and posted some poorly phrased apologetic comment about how elegant she looked despite “struggling”, which does not change anything about the underlying accusations of his initial tweet.

It seems that the patriarchal hegemony is scared and is thus using their old lines of attack – but this time we are prepared. Especially now, that a more diverse representation of women of colour has been elected to the American political sphere, some people are actually fearing that the change is real.

And real it is – us women and women of colour are not only gaining visibility and support, we are also making sure that our voices are heard.

It is high time that WOC are represented in professional positions of power in multicultural countries like the US and Switzerland. We not only need them to fight for our rights as women and WOC, but we also need role models that girls and young women can look up to and identify with. 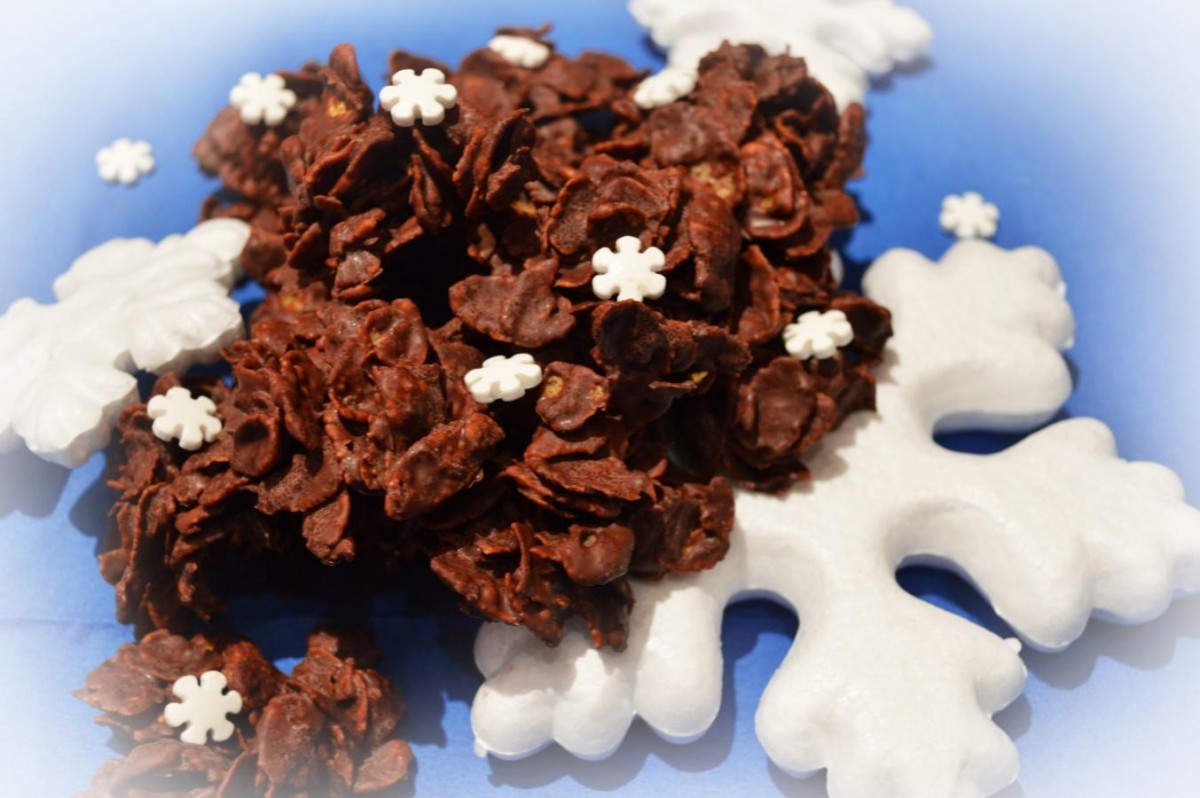 Winter is coming! It’s that time of the year again; the time when you can snuggle up under a fluffy blanket, drinking a cup of your favourite coffee or tea (with a sip of milk for me, please…) while reading the last book of Joël Dicker. Well, that’s only if you don’t have exams in January, because then you would more probably be studying ten hours a day and be drinking two strong espressi per hour. But anyway, in both cases, something very important is missing; chocolate sand roses. You may wonder what that is and what it is made? of. Don’t worry, there is no sand in it; just chocolate, butter and cornflakes. By the way, chocolate is very good for stressful situations, Happy, so don’t hesitate, eat some (Please not too much, I don’t want to be responsible for your indigestion). Those chocolate sand roses are the perfect cookies, especially for students. They’re delicious, cheap, very easily and quickly made, and you don’t need any special equipment, not even an oven! And no one will notice if you use M-Budget ingredients, they’re still heavenly good.

So, what you need is:

Melt the chocolate, vanilla sugar and butter in a bain-marie or in the microwave (1 minute and then mix, and again 1 minute and mix, until it’s smooth).

Add this to the Cornflakes in a big bowl and stir.

Take two spoons and make small piles with the mixture on a non-sticking paper (I use the backing paper).

And it’s ready to eat! Enjoy!

It makes a perfect gift for Christmas (well, if there is any left), especially if you want to impress your family with your cooking skills.