Two severe storms at one day interval have caused damages due to debris flow in Scuol (GR), lower Engadine, at the end of July .

During two days of high precipitations in Scuol, on 22 and 23 July 2015, several debris flow caused many infrastructures damages.

On 22 July 2015, three buildings in the Pradella hamlet near Scuol were damaged by a debris flow. People of two holiday camps, 100 children and 40 adults, were evacuated. Nobody was injured but the buildings damages are important.

A day after, about 200 mm rain in a short time were measured in the same area. An auto has been swept away by a debris flow in the Scuol village and its driver could escape at the last moment.

The S-Charl valley was isolated during more than one week by seven big debris flows and several little ones. About 100 people, in majority  holidaymakers, were blocked in the S-Charl hamlet without power supply during few days. Until the swiss army built a provisional emergency bridge to open the valley access, the only way to access the S-Charl valley was by helicopter.

Overall damages –roads infrastructures, buildings, drinking water supply, power supply and other- are estimated to one million Swiss Francs and the debris flow volume is estimated to 100’00 cubic meters. 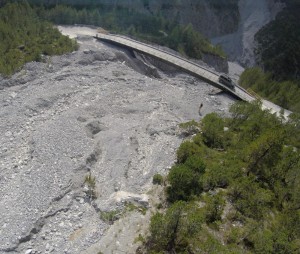 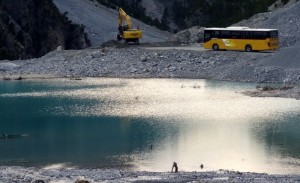 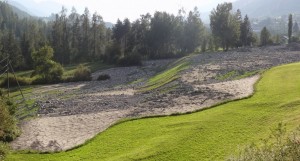 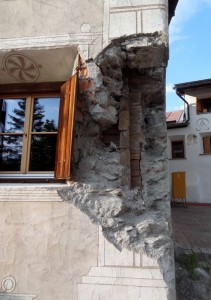 Rockfall Mapping and Fieldwork in Indonesia 2022