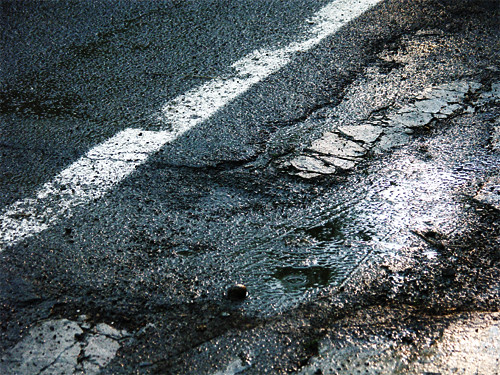 “Worms” is a response to Scottish poet Kathleen Jamie’s ecopoetry that I wrote for a class on ecopoetics in Spring 2020. It is mostly inspired by her poem “The Spider” which struck me because it renders its true value to a spider, a generally strongly disliked being. It addresses the spider’s importance in the animal kingdom and humans’ unjust aversion against the arachnid (Jamie, 175). “Worms” follows the same dynamic of calling out wrongful antipathy and disgust. The piece deals with a young girl who, as opposed to her peers, is not repulsed by the worms but rather considers them her friends, more so than her fellow humans. I chose to play with pronouns; I employ several occurrences of “they” and “she”. On one hand, this opposes the young girl and her peers, from whom she feels distant. On the other hand, “they” is used for both worms and humans, eliminating their difference and bringing them onto the same level. The girl picks up the worms and tries to protect them, while the other children cry of disgust. She is angry. They step on the worms for the sole reason of being greater in size. She calls them out. The fifth stanza of the first visual shape is a reference to WB Yeats’ Chambermaid songs, the first one of which compares a human being to a worm

God’s love has hidden him
Out of all harm,
Pleasure has made him
Weak as a worm. (Yeats, 307)

I have reversed the simile in the last line and made mankind itself the vehicle of the trope. Humans do not become as weak as worms: for their contempt, they become as weak as themselves. The sixth stanza alludes to Goethe’s “Heidenröslein”, a metaphor for rejected love. A young boy espies a red rose on a heath and finds her so beautiful as to break her. The rose stings him in return, in vain, because she remains, however, broken (Goethe, 307). I find this image oh so representative of many plant and animal deaths, be it roses or bees or ants. The defence mechanism does not suffice against humans who are much more sizable than their fellow species. Consequently, humans need to take even more precautions to recognise and sustain other beings. I have juxtaposed the worms and the heathrose by making my poem “shud” the flower’s pain, giving the worms strength and protecting them from heathrose’s fate. The second visual worm takes the poem back from Goethe’s time to modern day. The worms still come out in rain, expecting no harm. In this stanza, a car kills the annelids, which echoes with Jamie’s “Frogs” (Jamie, 133). I have inserted internal rhymes in these lines; “flood”, “up”, “guts”. They contain plosive sounds which highlight the violence of the content dealt with in the stanza. This intention of drawing in one’s mind mirrors human blindness towards ecological or ethical issues. They are unmistakable, and yet, humanity often fails to pay attention to them. In the last stanza of the poem, the young girl is grown up. To mark this change, I have changed the preposition preceding the pronoun “as she” into “when she”. She still sees the worms, her old friends, and when her eyes meet their suffering, she still cries out.