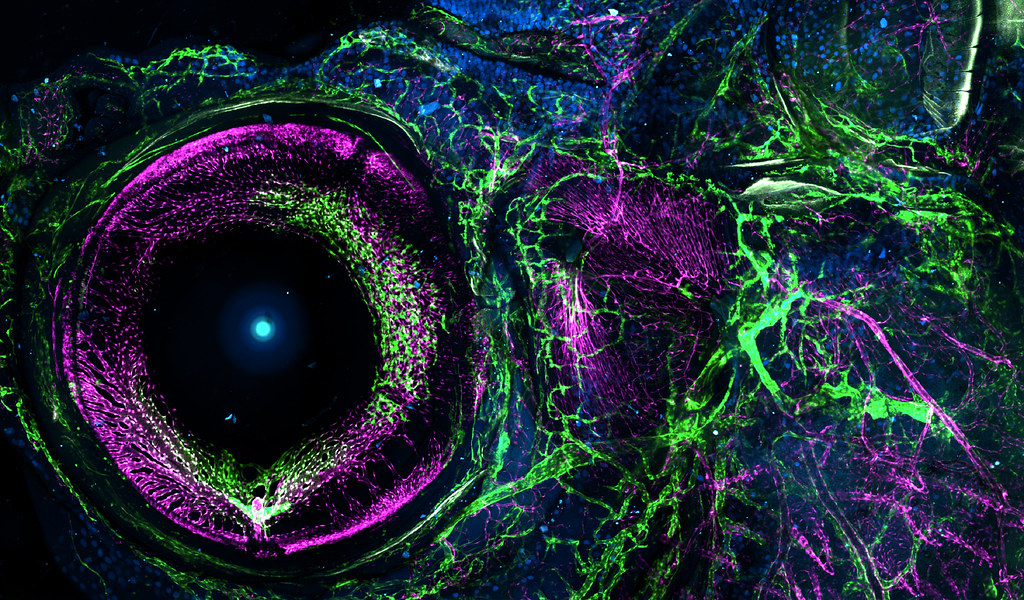 Then there was something.

The Creator never realised there was nothing before there was something. All these matters and colours scared him. Time was flying by too fast. So the Creator closed his eyes and slept.

Aeons came and went, and men started wandering inside Creation. Amongst them was an Alchemist. The Alchemist knew many things but wanted to see the Creator, thinking that there had to be meaning to all of existence.

Everybody said that the Creator lived at the top of the Mountain, so the Alchemist set forth to find and greet him. So he climbed the Mountain. For three days, he climbed, and, arriving at the top, he only found wind and loneliness. Cursing and screaming, the Alchemist wouldn’t believe there was Nothing where there could have been Something. So he decided that he would create.

The Alchemist roamed the Earth amongst men and spirits, craving knowledge beyond the comprehension of anybody. He met monsters and beasts and tamed them all. He was growing in power, but he always wanted more. He wanted the Creator’s power, even if he didn’t think He existed.

The Alchemist met two Lovers, a man and a woman. They had spent their whole lives together, and, despite their age, they still looked very young. They wanted their love to endure and were scared to see all their friends lose their love. So, having heard of the Alchemist, they asked for his help.

The Alchemist felt blessed by the request of the Lovers to help them, as he could finally use his immense powers to create. He cursed the Lovers with an Eternal Love, but not the way they wanted: the man impregnated the woman, the first to do so. And when the woman gave birth, she died. She was also the first to do so.

Having lost his wife, the Lover was so full of rage that he did not care for his child, who died quickly after birth. The Alchemist was cast away and seen by all of humankind as a Liar. The Lover chased him to the end of the world and battled him to death. Their battle was so violent that it awakened the Creator, who looked upon Creation and wept.

The tears of the Creator flooded Earth and destroyed most of civilisation. Only the Alchemist and The Lover left, battling in eternity, not even remembering why. One day, once the Creator stopped crying, they saw that the storm was gone, and the Alchemist tricked the Lover into making peace with him.

Easing up, the Lover let his guard down, so the Alchemist stroke: using a powerful spell, he snatched the Lover’s soul from his body and attached it to his own. He did the same for all the souls roaming on the now-dead Earth, and, seeing that there was nothing left to make him grow more powerful, he retired at the top of the Mountain.

The Demiurge saw this and, for the first time, decided to mingle in the business of mortals.

The Creator sent the Devil, his agent, down on Earth to bring him the Alchemist. But the Devil had a will of his own and was jealous of the Creator. He wanted all of Creation for himself, to pervert it into what he found beautiful. The Devil, on Earth, found a woman, Eve, and seduced her, promising her Destiny and Meaning to help him in his dark deeds.

The Devil then visited the court of the Conqueror, who thought the Creator blessed him and offered him Eve. Understanding she had been tricked, she tried to fight back but couldn’t do anything: the Conqueror wanted her for his pleasure.

The Conqueror impregnated her and thrived, invigorated by the woman’s suffering. Eve couldn’t take it anymore, so she killed herself, as it was the only way for her to be free. The Devil, disappointed by her lack of will, extracted the child she had been impregnated with from her womb and placed it in his own until it was ripe.

The Devil gave birth to the Disintegrator, a child of burning grotesque masses, made of visions of rape, murder and perversion, and let him loose on the Earth. The destruction provoked by the Disintegrator forced the Creator to incarnate himself on Earth to stop him, but humanity feared him and quickly killed him. The Devil laughed as humanity crucified him and, now that the Creator was gone, started the journey to the top of the Mountain to claim the title of Creator to the Alchemist.

Since it was imperfect and perverted, the Disintegrator eventually died once he had destroyed humanity once again. The Devil climbed to the top of the Mountain and found the Alchemist there. The Alchemist was enraged by the Devil’s doing, so they started fighting. The Alchemist, now almost all-powerful, was an equal match for the Devil. They broke each other down and fought until they couldn’t walk. Using a trick, the Devil managed to take the upper hand and murdered the Alchemist. Bleeding out, the Devil then hanged the corpse of the Alchemist to a tree to make it the totem of his victory against the Creator. He then sat down beside the hanged man’s tree, and, listening to the deafening wind, feeling his wounds soothe him, he drifted off into sweet Death.