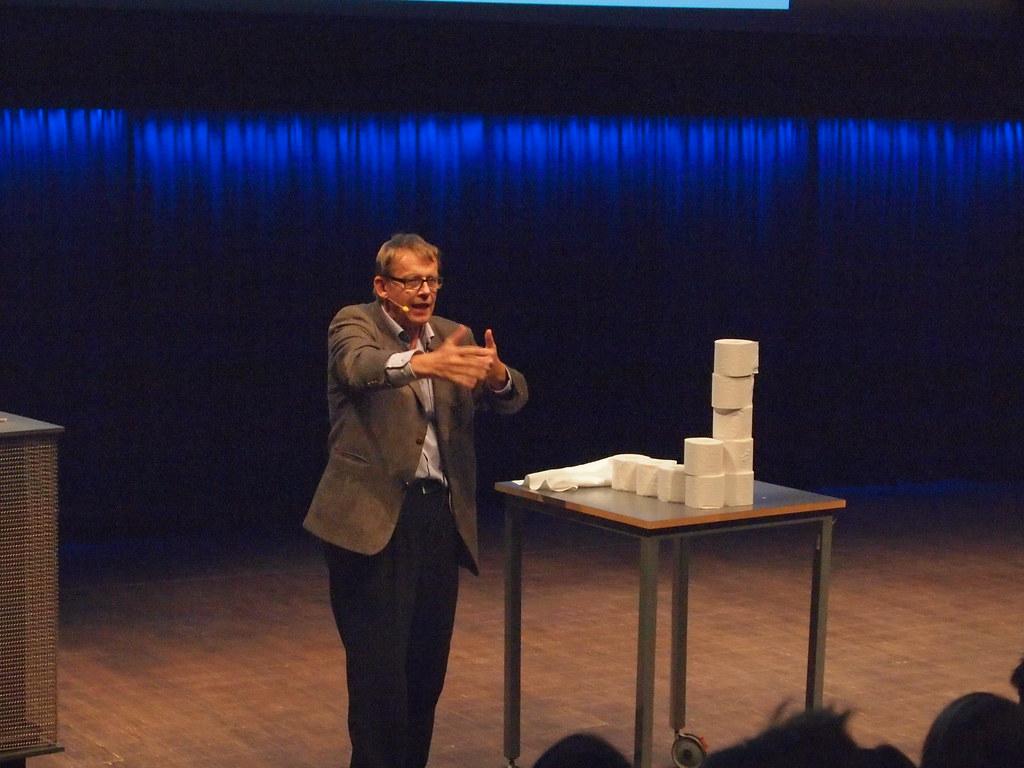 My dad had read Hans Rosling’s book several months ago, had really enjoyed it and would recommend it to me on regular basis. I did not take him up on that offer very quickly. What he was telling me about the book sounded really interesting but I had already 33 books on my to-read-shelf on goodreads, so what’s a girl supposed to do. One day this summer, however, I found myself on a train trip with said book and, for some reason that is still obscure to me today, I was more interested in reading that than the five novels I carry with me at all times (never be underbooked!). And so, I started reading Swedish doctor Hans Rosling’s Factfulness – Ten Reasons We’re Wrong about the World – And Why Things Are Better than You Think, a book that gave me hope. Now, if you were asked how many people in this world have some access to electricity, what would your estimate be? 20%? 50%? My guess was around those numbers. According to the data used by Hans Rosling, it is 80%. I was impressed. When Rosling asks his readers whether they believe that in the past 20 years the proportion of the world living in extreme poverty has a) almost doubled, b) remained more or less the same, or c) almost halved, I was convinced the number of people living in extreme poverty must have grown over the past years. Surprise: the number has almost halved. Interestingly, politicians, doctors, diplomates, a gigantic number of people whom Hans Rosling asked these questions, all answered the same as me: wrong, and on top of that; incredibly pessimistic. Spoilers: that is exactly what Factfulnessdeals with: if everything is so much better than we think, then why do we think it? If you’re a Zillenial like me, or any sane person really, you probably don’t enjoy watching the news and you probably don’t have a lot of faith in humanity left. There is war, people are starving while others die of obesity, people still get killed for their skin colour and there’s the one that shall not be named that is making us feel like everything we do is in vain anyway: cLiMaTe ChAnGe. So much fun. That is where Hans Rosling steps in. He says “wait, guys, no, no, look back. We have come such a long way, don’t give up now.” I think yeah, sure, Hans, when I watched the news last night everything seemed so great. Absolutely. No, no. Everything is really much better than before. Remember how extreme poverty was almost halved in only two decades? Now we might say “yeah, but Hans, that means there is still extreme poverty out there”. Yes, but that means that something is working. It means that something is working and if we analyse what we’ve done correctly, we can keep doing what has been working so well and hopefully halve it a second time as soon as possible. Alright. To be completely honest with you, I often feel guilty for thinking that things are going well when there’s still so much to do and I’m sitting on my privileged Western high horse. “But what’s the use in feeling frustrated about a future that isn’t yet defined when we can look back at the past, be proud of it, learn from it, and keep going?” You’re right, Hans. I feel a bit better now. “And that thing about climate change… Fear and guilt will paralyse you, they won’t save the world. Take your time and look at the data. Look at what works. Educate yourself and keep going. Nothing is as urgent as your fear makes you think.” Thank you, Hans. That sounds really nice… The “Negativity Instinct”, the “Fear Instinct” and many other fears and instincts are deconstructed in Factulness. All of the chapters aim towards analysing our fears and then dissolving them, while giving us concrete tools on how to analyse situations better and act better in them, based on Rosling’s personal experiences as a doctor, as well as more general events that we have experienced as humanity. Sounds pretty nice, eh? I enjoyed it. But really, you should read it yourself, see what Hans has to say. I’m sure you’ll enjoy it. I’m just a girl with too many books on her to-read list who’s writing a book review…