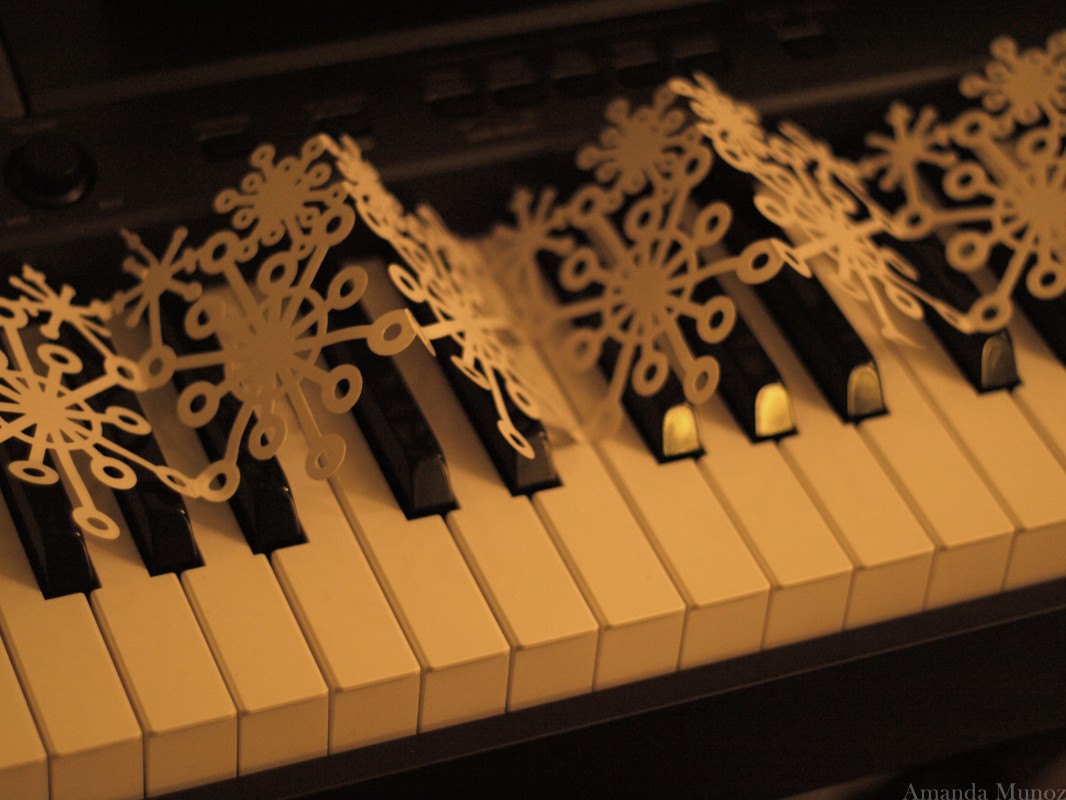 Image: Photo © Sing Us a Song by Amanda Munoz. Source.

Along with decoratively lit Christmas markets, heart- and hand-warming mulled wine and snow (well, if we are lucky), December is the month of Christmas pop songs! This has been a tradition that the pop music industry has entertained since several decades and it is now a tradition, with almost every successful mainstream artist releasing a Christmas album at least once in their career (if not more). So, if you do not know what you should listen to during the following days, we at MUSE have gathered 10 songs that we think match perfectly the atmosphere of the season:

New Girl creator Zooey Deschanel and M. Ward form the duo She & Him, whose music centres on an acute sense of vintage hipster stuff, crowned with the sweet and deep voice of Deschanel. As such, the Christmas album was compulsory for them, and well, they did it in 2011 and were acclaimed for their genius. Their cover of “I’ll Be Home for Christmas” is an instant classic that will make you want to cuddle anyone that’s near you because of all the love you will feel!

9) Billy Mack – Christmas is All Around

Cult Christmas movie and British romantic comedy Love Actually offers the revival of ancient singer Billy Mack, who tries to earn some money by recording a Christmas song. The song has all the features of classic pop music, with its beautiful and subtle chorus, its deep and meaningful lyrics (“You gave your presents to me / And I gave mine to you / I need Santa beside me / In everything I do”) and a virtuosic guitar solo that will leave any amateur guitar player green with envy for the rest of their life.

If you really love me… come on and let it snow! (Sure thing, Billy.)

U2 are not just anybody: they are one of the greatest bands in rock history, and, as such, they even offer their latest album to anyone who has an iTunes account, because who wouldn’t want to spend their lives listening to them? The same pretty much happened when U2 recorded a cover of Darlene Love’s “Christmas (Baby Please Come Home),” because who would seriously want to enjoy their holiday if Bono’s heart-broken?

The best part about Christmas pop songs is that we get to hear our most-beloved artists sing songs that we have all sung while we were children. That is the moment when we realise that we actually do not know how to sing correctly, and how uncreative we are. Thank you very much, Bruce Springsteen. (His rock rendering of “Santa Claus is Comin’ to Town” is really great, though.)

Wham’s original recording of “Last Christmas” could have made it to the list if we had not already included another 80s song whose video features several flashy skiing outfits and tons of snow. Instead, here is indie band Florence + The Machine’s angelical rendering of the song, which is as good, if not better, as the original.

5) The Killers – Don’t Shoot Me Santa

We have all always wanted a more trashy Santa Claus that would look like that one friend we’ve got and who has completely forgotten to shave for the last five years, so that he can convincingly play Santa Claus in any school play production or Christmas party. Well, The Killers did it, and they end up begging him not to shoot them in the middle of a snowless desert.

Kate Bush is a genius. Her career has spanned several decades and she has pretty much done everything that could be done (talking about girls’ periods, singing while shouting, creating an album inspired by a fairy tale and subsequent movie, etc. etc.), and yes, she recorded a Christmas song. “December Will be Magic Again” is no cliché and instead creates this very Bushesque ambiance that you need for a crazy, weird but magical Christmas. A must-hear for anyone who’s always wanted to be a snowflake once in their life.

What would Christmas be without a bit of Celtic music? Well, Loreena McKennitt, that famous fairy spirit that gets inspired by everything classical (Lord Alfred Tennyson, for example) and slightly traditional, did it. And, of course, it is beautiful.

The King of Rock did everything, and we thank him for that. Definitely.

Let’s confess this right away: Christmas is the perfect season to be cheesy. It’s the only time of year when we can allow divas singing through four minutes and chasing white rabbits in the snow without saying anything because we do not want to be naysayers and our families and friends to hate us. And, well, this song pretty much gets stuck in anyone’s head, and I want you to sing it during the entirety of Christmas break. You’re welcome.