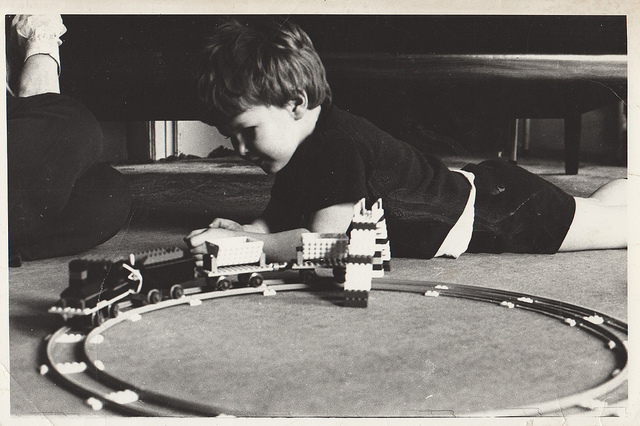 Humans of the English Department

2014 is coming to its term and again I realize how time flies by super fast. My plan to figure out what comes next, after I leave the cosiness of UNIL, has not much evolved since the beginning of the year. So I decided to ask around and see what other ‘humans of the English Department’ have to say about their plans for that thing called ‘Future’. But I also wanted to know more about their childhood and asked a number of people two questions:

And now… I want to be a rock star! … I’m still at university, I’m allowed to dream!

Chloe, 22: When I was about 5 I wanted to become a post office counter woman, because I loved to stamp things.

Philip, 27: As a child I wanted to be a football player. Now I want to become a full professor at UNIL or Harvard as second choice, (or else a go-go dancer).

Constance, 26: I wanted to be a lot of things as a kid: a baker, a pilot, an archaeologist, an astronomer and an archer (most things that started with an a really…). Now I want to be a journalist, or else a Red Cross special envoy.

Florence, 28: I wanted to be a Disney animator after I watched the Little Mermaid. My dad showed me the making of and I got really exited about that. Now I want to be either a filmmaker or a theatre director. (MUSE: Or both at the same time?) And maybe you could also put ‘famous’ in front of that!

Renaud, 27: When I was small I wanted to become an oceanographer… or oceanologist? Anyway… now I just want to be happy!

Damien, 28: I always wanted to become a palaeontologist, but I didn’t manage… maybe because I didn’t dig deeply enough. Now I, I guess just want to be an outsider, a bit off and with a shovel in my hand…

Marie, 25: I wanted to become a fashion stylist and then an archaeologist. And now, now I just don’t want to be bored.

Agnieszka, 46: I spent my whole childhood planning to be a vet and I enrolled in university as I biology major at first. Now if I had to change jobs or could start over again I would become an investigative reporter. I think it’s a super important profession and it would be nice to feel like your work can make a difference.  With teaching it’s harder to see long term results.

Valeria, 24: I wanted to become a fashion designer when I was a child, and now I am torn between actor and writer, or anything to do with theatre and film or publishing and writing.

Now I probably want to be an inspiring French teacher somewhere abroad, starting with the US.

Patricia: I wanted to become a veterinary surgeon when I was a child. Now I want to be a linguist at university of Lausanne.