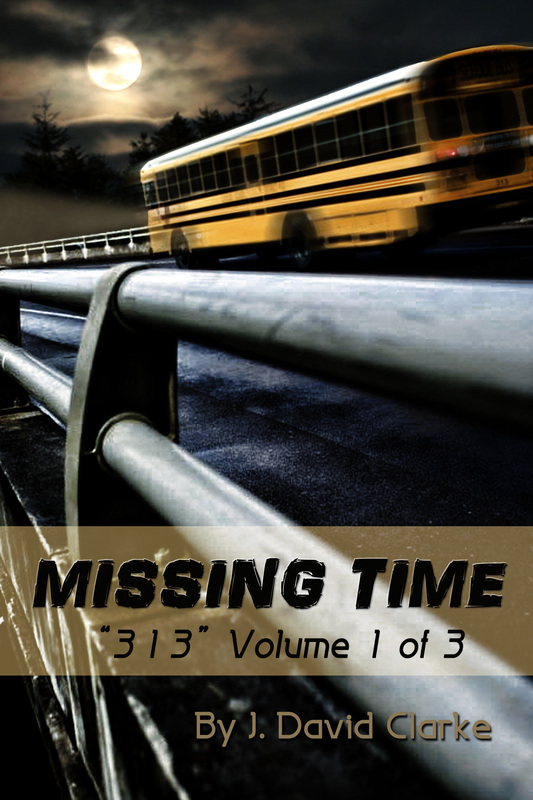 J. David Clarke is a talented independent author from Texas, who writes various genres such as science fiction or young adult fantasy. However, writing was not his first dream. Indeed, Mr Clarke started life with the goal of performing in live theater. After becoming a Fine Arts graduate of Southwest Texas State University and having majored in acting, he wanted to perform and teach acting himself. Yet, as life is often unfair, it did not allow him to follow his dream. Not able to move to New York as he had wished, he instead had to work in different jobs to pay off debts. After taking care of his elderly grandfather, Mr Clarke finally turned to writing. First, he posted chapters of a story “concocted as an experiment,” like he says himself. Those chapters were eventually reunited in his debut novel Missing Time.

As most indie authors, J. David Clarke has no marketing machine behind him. He was published in the literary journal of Tarrant County Jr College. Later, discovering tools for self-publishing, he decided to publish his own work online. Not yet making much money from his books, he writes above all “for the love of creating stories which bring people together in their fascination for cool characters and bizarre tales.” His working team involves himself, his computer, and a giant list of ideas for upcoming tales. Mr Clarke is currently working on his fourth novel Time Lost, the conclusion of his science fiction trilogy of which Missing Time is volume one.

Missing Time is the story of eight teenagers involved in a school bus crash, and waking up with special powers, such as flying, reading minds, or resurrecting the dead. Each remembers a different thing, but none knows what actually happened during the bus crash. Being hunted down, they must put their memories together to find who wants them dead, and answer the question of what happened during the missing time.

J. David Clarke’s science fiction debut novel is filled with action, suspense, and plot twists from beginning to end. The unusual use of narrative structure allows the author to work on the characters’ distorted memories and visions through short scenes and vivid flashbacks. Although some chapters might seem elliptic or lacking in plot background, the dynamic writing makes Missing Time a fast and easy read.

The characters in Missing Time all have very diverse personalities, which are cleverly revealed through their dialogs and interactions. Moreover, Mr Clarke builds their relationship through memories, thus giving the reader different viewpoints on each protagonist.

This novel is fueled with lots of intertextuality, such as X-Men or Heroes, sometimes explicitly evoked by the characters. And although his style is a bit flat and repetitive, Mr Clarke has the reader wondering, along with the protagonists, what is going on; a question which is beautifully emphasized by the thrilling, and somewhat abrupt, ending of the novel.

Missing Time is an absolutely breath-taking page-turner which will make you cling to it and ask for more. I’d recommend this novel to all sci-fi aficionados, and possibly also to anyone interested in questions of memory and forgetting.

Apart from Missing Time, J. David Clarke has written three books. Volume two of his science fiction trilogy 313 is called Time Spent; and he anticipates the release of volume three, Time Lost, in late 2014. He also wrote a collection of short stories under the title of The Rubberban Man and Other Stories. He is working on an epic fantasy series, Keeper of Days, and hopes to have completed volume one this year. Last but not least, he published a young adult fantasy adventure called The Wizard in my Window, to which a sequel is planned.

The Wizard in my Window is a great story which gets you clinging to it, turning the pages to find out what is going on. The story is that of young Timothy Collier and his family who move into a big old house. Timothy finds a mark on his bedroom window with the shape of a wizard. First his family thinks it’s just a scratch on the window, but soon magical items start appearing out of nowhere. Timothy and his sister Nichole have fun playing with the objects, until they find out that the magic belongs to an ancient wizard and that it’s not devoid of danger. Soon the whole family has to face the wizard’s powers and his old enemies.

In this novel, half stated things create great suspense; the reader is not told the truth and has to wait until the end of the book to finally discover it. The mystery begins right away as the writer cleverly puts his story through the viewpoint of the window in the first chapter. Plot twists are also very good. The characters are well created and realistic. Their interaction as a family—kids fighting, for instance, or hiding things from their parents—is very convincing. Moreover, there are a lot of funny moments in their dialogs. Several references to other works of fantasy can be noticed throughout the book. One would think of Jumanji or Prince of Persia, for example.

The only reproach that could be addressed to Mr Clarke about this novel lies in the incoherence between Greek and Latin references. Indeed, the Wizard says he was born in Greece, why then are the book, names, and spells in Latin? There are also a number of typos, but not enough to put you off. To summarize, this short novel is a good read which I’d recommend to any fan of magic, humor, and suspense.

J. David Clarke’s writing is a must-read among contemporary fiction. And although he says that there is “nothing very extraordinary about [him] at all,” I believe he has an extraordinary talent for making up original, thrilling stories, which deserve the greatest attention.