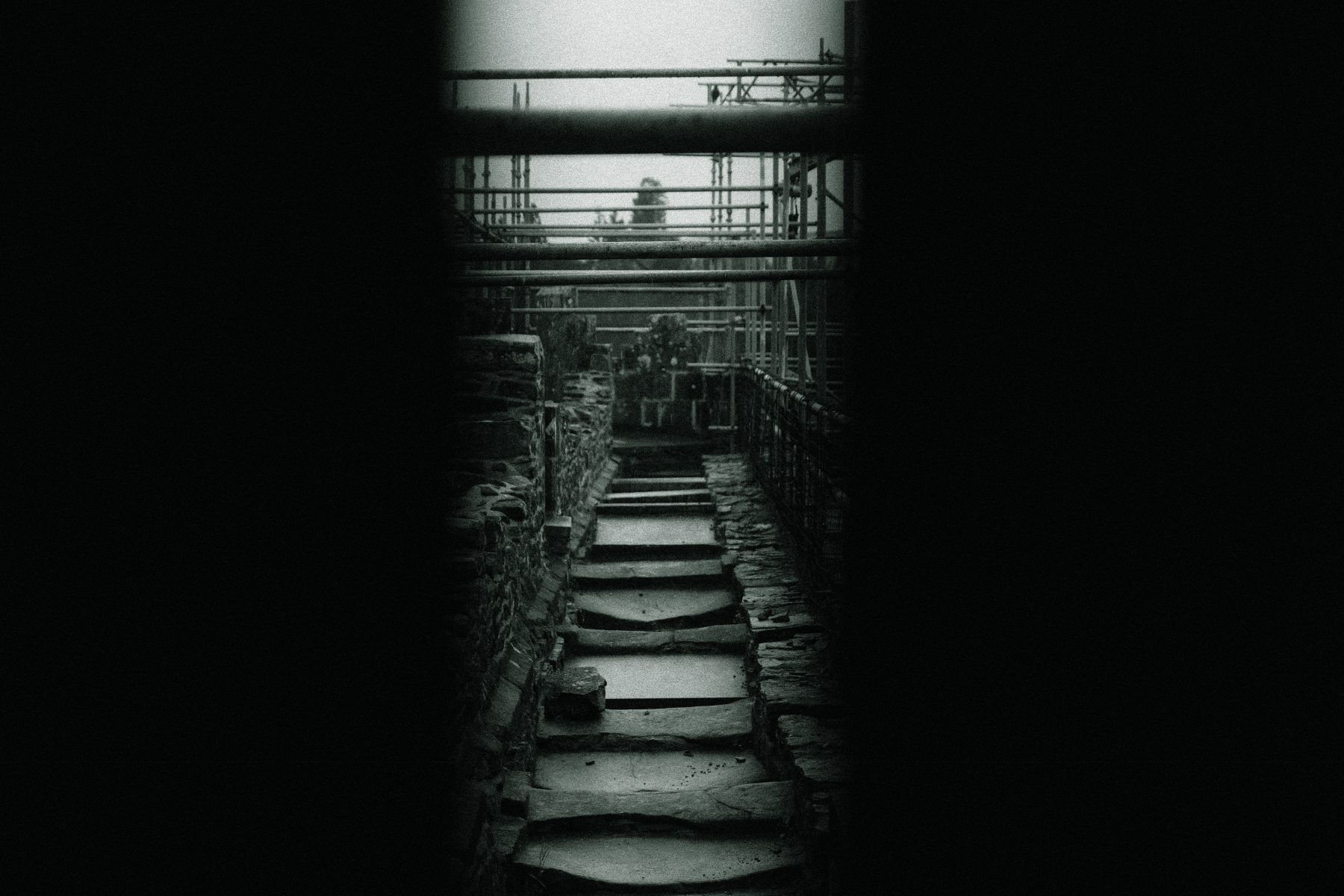 On the ceiling of a thin plastered cheekbone

Fades the shaded reflection of a dim, buzzing streetlamp

On the irises of a non-sleeping amnesiac

“Sing in turn, tomorrow’s a blackout away”

He seems to scream inside his head

Humming the sound of a dead lightbulb

On the flowing beat of the insomniac cars

That exist but to this only purpose

The man, is he

The sum of anything that could be

Sitting as a drunken or erased Buddha

Thinking in spite of all its emptiness

Could that be a man

It could try to be first

From it will disappear in a thousand, three hundred and fifty-two years

Mind, wood, and the temple that contains them

Felt it something once it could have been pain

Hatred or indifference pondered in the presence of another pain

Suddenly, a blackout, out of time all clocks considered

In the harshness of a cold, unwelcoming bed

A tomorrow is sought

Though it is feared, that other self it always brings

The oblivion it shares

The indecency it sweats

The so it is now it imposes

On the sound of a first rain drop

No one is there

On the noise of the flood

Of the hive full of smoke, of the other so different

Facing a wall, behind a door, dimly lit by the reflection of a streetlamp on the ceiling

Wondering why the moon and the birds chase each other

Or if the blackout really has to end

Blinding as it is

In all the consistence it possesses

The drunken spoke once: “I heard of a sick medic”

Next thing we know he fainted

Nobody rose him up

He may still be lying there right now

Inflated with water and disillusions

What he meant was never understood

In a small crack on a wall

A train station where people leave but never arrive

Electricity jolts in the wires

As it coughs in a handkerchief the beat of a heart

That exists but to this only purpose

Drowned in a cold bed occupied by a single person

Whose eyes buried in the wrinkles of an unrested trunk

Enlightened by the loss of those who live

Hoping for it to never end

But knowing well that tomorrow is at the window

Until the amnesiac falls again on the head