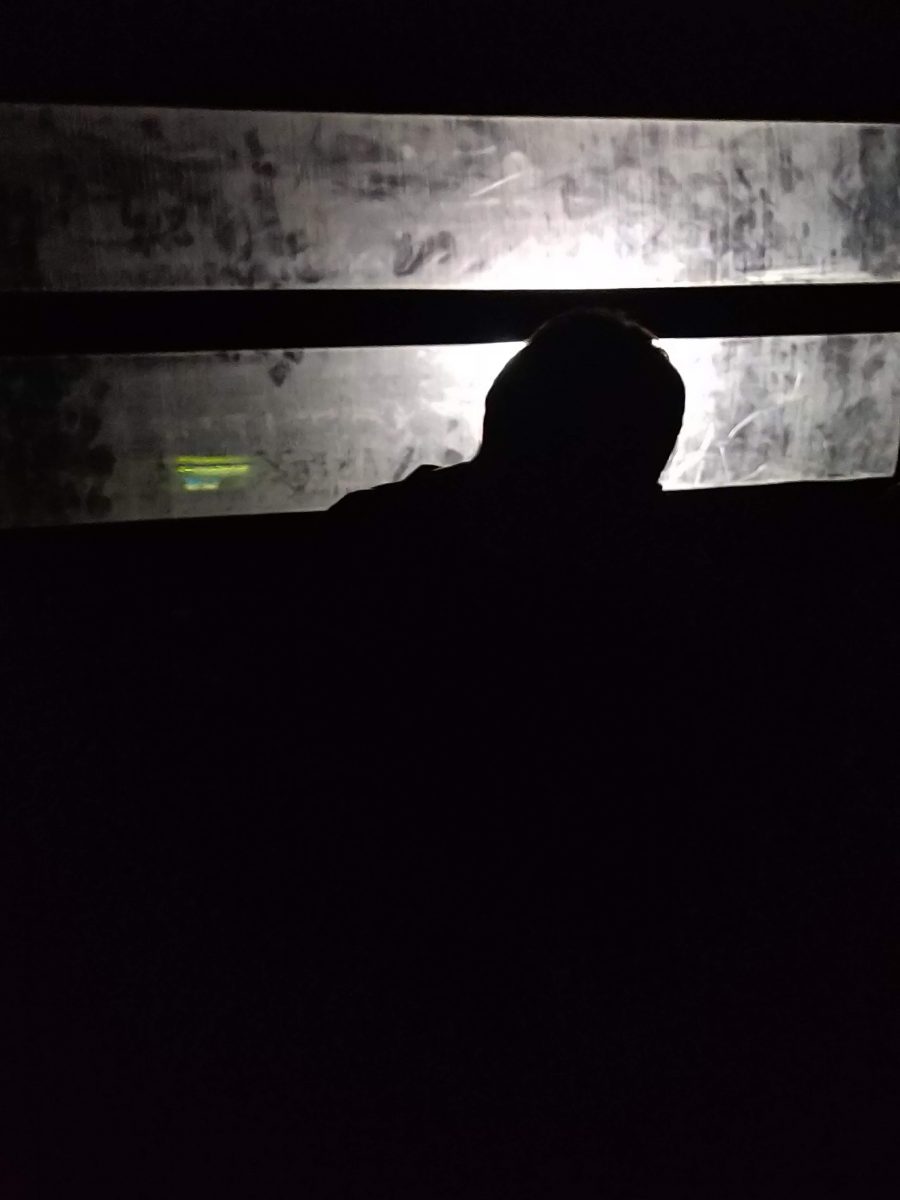 I spent several hours looking at that door
In silence
My mind racing in every direction, but my body still.
Waiting, hoping
It cried out to the silence, begging it to respond
Instead it lingered, there, by the door
An old memory of a long-forgotten friend
The door responded in its stead
Alive—it shook and cracked and gaped its wide and loud mouth
Whispering, slow at first, then whistling ever louder until its scream, cut
by the sudden grasp of the
handle, rang my eardrums.
The intruder, not yet half a man, wore that kind of awkward expression
meant to display a weak show of
embarrassment all while betraying the narcissistic pride lying
underneath
The decisive ones were the ones who played with the silence
Those that opened and closed the door
Those who let it rattle unabated, begging for attention
Without knowing, me, sitting alone in that silence was the biggest
offering I could have made
The silence meant everything all of a sudden.
And I, as a part of it, took greater meaning as well
There was no greater way of loving her, than sitting alone in that
silence
And so it would take off,
whispering tentatively to the floorboards,
swaying gently in the rafters,
leaning by the entrance,
and I with it, transfixed, and yet in constant motion
There are those who go to the batting cage and crack their bats until
the silence overtakes them all, and
there are those who cower in fear in the company of endless and
mindless chatter
But the silence persists nonetheless, molded by your heart in its barely
motionless chambers
It’s so loud you can hear it, pounding in your ears and extending to they
very end of all your extremities
It’s so soft that to hear it you have to listen very carefully
To truly hear it
In that silence I cried.
Silent teardrops filled with noise
That rolled off my face into the awaited abyss.
And as my still body began to move
It called out my name

Memory does strange things to time
Of that blurred still when you attempted to cross the world in an instant
on your broom (you must miss
hurting your knees now)
Sportive drive pick-ups
A crack in exchange for a smile
The virgin hairs on your cheekbones
But your final words
Impressed
Seem a lifetime away
I look at my garden
Grown over with weeds
And I’m aching with that loss
To put dirt on my hands
Of toiling to cultivate, bleeding and sore
With a seed of trust
Some good to invest
And you’re still running on that beach

Anna you were beautiful
Like everything on that day
And you made that greeting, to me
And that smile
And your profile picture
That day I realized that you don’t go to a wedding alone as a bride,
for the groom
But as a friend, daughter, sister, sister-in-law, aunt, niece, child, woman
And all this was true
For that secure hand
For those enchanted voices
And for the gaze of the one who stood beside you
It would be trite to call it love
Almost reductive
But for a glance
That outside in that stable someone cultivated for the first time
Yesterday you witnessed
And today
I expect nothing else

Remember when I said I was alone?
That happened again today
And when I was sitting there,
Just looking at my screen
I thought

A memory of some time
Passed with people
Whose names and faces I recollect
But who was I?
And why should I recall?


I go back to sleep