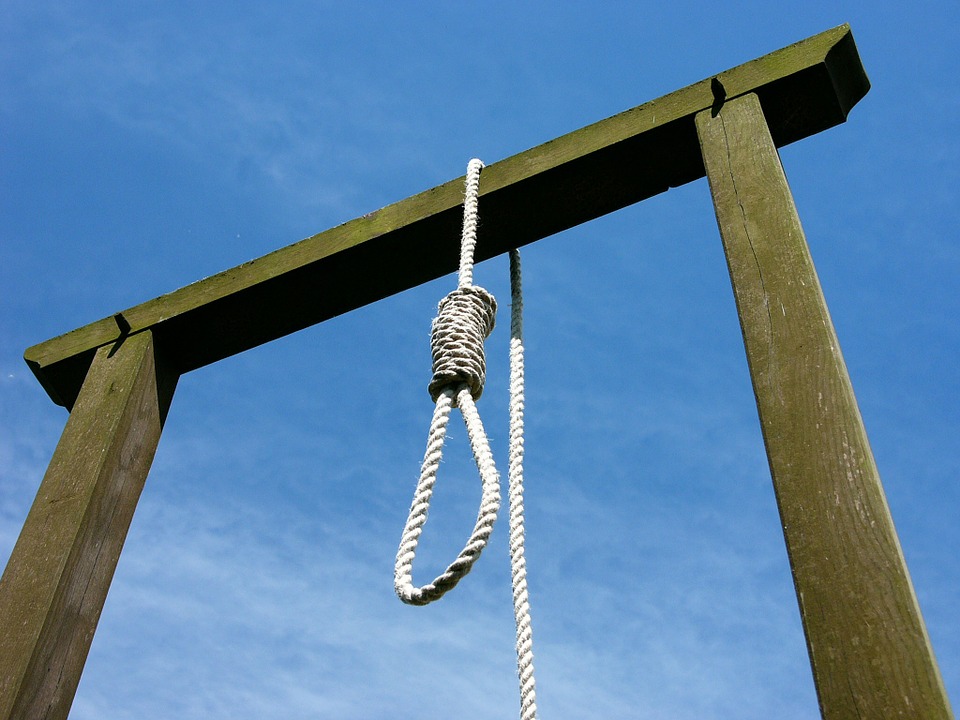 Our hero was contemplating the defaced cobble wall of his prison cell. He was no stranger to adversity, but Halas! His situation seemed hopeless. But he would not go gently into the night! He refused to let uncouth boors decide his fate. From the depths of his cell, he would rise again like a phoenix born out of the embers of desperation and-

“Oy, get up!” the door of our hero’s cell was suddenly opened, revealing the burly face of his jailor.

“I demand you release me from this unlawful bondage forthwith!” our valiant hero’s demands were not heeded as the cruel jailor buried his repulsive mug in his massive hands.

“Just… keep quiet, would you?” he said, before muttering under his foul breath, “Jesus all mighty…”

The boor’s lack of refinement was palpable¸ but our hero complied, biding his time for when he would spring out of his cage, his just fury equalling the wrath of a thousand suns.

“Stop droning back there! Told you to keep quiet!” the savage barked.

Dragged against his will outside the building, our fearless hero was faced with the terrible sight of a crowd riled against him. He raised his chin, looking down on the mob. They were obviously ready to tear him asunder, but as he walked through them, he feared no evil, for righteousness was his shield. A shield that had been battered by countless blows from all the foes he felled during his storied career. He knew he would triumph over this unwitting evil, for he was-

“Now then, perhaps you’d like to explain all this.”

Rudely interrupted in his thoughts by the leader of the rabble, our valiant protagonist, vanquisher of the evil of a hundred dark lords, pondered his next move. He knew his intellect to be far superior to that of this churl, but he was keenly aware he was in numerical inferiority. He knew he could overcome the populace, but he had made a vow not to harm the innocent, no matter how misguided.

“Hey, I’m speaking to you! Stop staring at the ground and answer me!”

“I shall forgive this obvious mistake if you release me at once! I understand lowly creatures such as yourselves cannot comprehend the importance of my work.”

“What kind of sick freak are you? You call beating a school teacher to death in front of her pupils work?”

“That witch was keeping the tots enslaved with her foul magic! I put an end to her misdeeds.”
“What about Estella? What did that poor cow ever do to you?”

“The high prophetess, thrice sanctified be her name, warned of a time of blood and despair. A time when neighbours will devour each other, when the Great Darkness will have spread so far and wide that it will have engulfed this world. I aim to fight until my last remaining breath to stop it.”

“What’s that pish got to do with the cow, you nitwit?” the peasant growled, ever bestial in his ways. It would not have surprised our hero to find out the man was in league with the terrible barbarians of the frozen North.

“That filthy horned beast carried the mark of the worshippers of the Darkness. It would have brought doom upon you all.”

“It was a bloody cow,” one of the peasants dared reply.

“Mooing was a tad loud, though, wasn’t it?” a third added.

“You don’t skewer a cow cause it’s mooing.”

“What about the preacher? He’s still hanging from the oak tree…”

“The cow wasn’t mooing that we’s nothing but… err… what was it again?”

“Heather. Preacher said we was Heather. Remember cause I told meself it was funny. No one by that name here.”

“Right, so cow wasn’t pissy about us being Heather.”

“Lads! I think we get the point here,” the leader of the crowd dutifully reminded them. Nothing as tiresome as peasant babble. But as our hero was about to take advantage of the situation to abscond, the rabble turned their attention back to him.

“And if all this weren’t enough,” the leader continued, “you tried to have your way with the cobbler’s daughter.”

It was simply natural that our hero would need rewarding after having faced such gruelling evils. To this end, he turned his ever-loving gaze to the town’s fairest maiden, who would only be too happy to reward him properly. He felt it was, after all, his right. Besides, who would refuse a gallant, handsome hero such as he? And yet, the boorish herd somehow took offence at our hero indulging himself.

“Where is that wench? I would speak to her myself,” our hero rightfully demanded.

“Not here, you sack of manure. Now, do you have anything to say in your defence?”

“I answer to a higher calling. I shan’t excuse myself for a wrong I haven’t committed.”

“Right. Ladies and gentlemen, let’s fetch the rope. The preacher’s yearning for company.”

Inventory of the possessions of a “Ser Corny”, real name unknown.
– One sword with some fancy scribbling on it. Smith stepped on it and broke it. Dismissed it as “some brittle piece of shit”.
– A picture of a man in black armour with “daddy” written on it. I shouldn’t judge kinks.
– A short wooden stick. Disturbing conclusions.
– A golden ring. Tied around the neck. What’s wrong with using your finger?
– A vial of some substance. Village idiot drank it and is now surprisingly sane.
– A sack of golden apples. Who goes about carrying something like that?