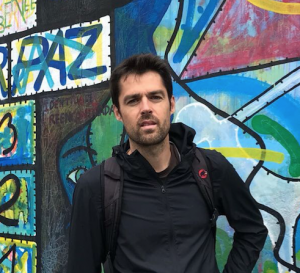 Our work is in the area of Earth surface processes, glaciology, thermochronometry and numerical modeling. It involves the development of landscape evolution models, and new field and analytical methods for geomorphology, glaciology and interactions between climate, tectonics and erosion. It is organized along three main axes, which are outlined below.

Understanding the feedback mechanisms between climate, erosion and tectonics has been the subject of an active debate over the past three decades, especially since Molnar and England (1990) raised the possibility that climate change, erosion, and isostatic rebound might interact in a system of positive feedbacks. One key aspect of that system is that erosion could promote removal of CO2 from the atmosphere, mainly through weathering and sequestration of terrestrial organic carbon, to ultimately bring the Earth’s climate into an icehouse world and, in turn, further enhance erosion. Therefore, central to that discussion has been to determine whether the observed cooling of the Earth’s climate during the last 10 Myr has led to increased erosion of mountain belts or not. Using a multi-disciplinary approach, which includes fieldwork and the laboratory and numerical models, we collect data from mountainous areas around the world to quantify how erosion changed during that period of Earth history.

The need to constrain the rate and timing of landscape evolution has led to a continuous growth of thermochronometric techniques, which quantify the cooling histories of rocks that are exhumed towards the Earth surface in response to erosion. In that context, we are developing numerical models for the interpretation of thermochronometric data. We are also developing new methods based on luminescence dating to constrain less than 1 Ma thermal histories. Luminescence dating exhibits thermal sensitivities that span this temporal gap.  For those reasons, we have built a luminescence laboratory and are actively developing luminescence-thermochronometry. Because of its properties and ease of making measurements, this method is opening new areas of research. In addition, we also use luminescence dating to reconstruct past ice extents to gain insights into past climate conditions.

Despite three decades of research linking climate and erosion through glacial erosion, the processes through which this coupling operates are still unclear. This is in part because most recent progress was either theoretical or investigated over timescales of millions of years. In our laboratory, we are seeking a mechanistic, processed-based understanding of glacial erosion by developing state-of-art ice flow models (which are accelerated on GPUs) and collecting field observations. We study for example glaciers in New Zealand, the Andes, the European Alps, Himalayas, Patagonia or Alaska.

I was initially trained as a civil engineer at the University of Liège in Belgium, from which I graduated in 2001. After a year at the University of Bristol, United Kingdom, I moved to Canberra to do a PhD with Jean Braun at the Australian National University, where I started to work on the interactions between climate, erosion and tectonics. After a postdoc at the California Institute of Technology, where I mostly worked on the tectonic and erosion processes of Central Nepal Himalaya, I moved to ETH Zurich in 2007. As a lecturer I had the chance to work with several Master students, PhD students and postdocs for 5 years and develop a research program on the interaction between climate and Earth surface processes. At the end of 2012, I moved to the University of Lausanne to build a research group at the Institute of Earth Surface Dynamics.