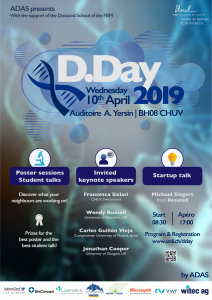 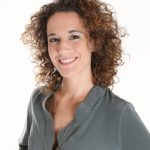 “The EEG signatures of dreaming”

Dreaming is a form of consciousness that occurs during sleep, while we are functionally disconnected from the environment. Traditionally, dreaming has been linked to rapid eye movement (REM) sleep, a behavioral state characterized by fast, desynchronized electroencephalographic activity similar to wakefulness. In recent years however, it has become clear that dreaming can also occur in Non-REM sleep, in which EEG activity is dominated by slow waves and spindles. This has challenged the understanding of the neural correlates of conscious experiences in sleep. In the present talk I will present a series of studies in which we investigated the EEG correlates of dreaming using a serial awakening paradigm and high-density EEG recordings. I will show how local EEG features, including spectral power in different frequency bands, slow waves and spindles relate to the presence and absence of dreaming, and to specific dream contents. 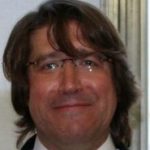 Type 2 diabetes mellitus (T2DM) is a very complex disease and it is considered epidemic in the world. Insulin resistance and pancreatic ? cell dysfunction are considered to be the main contributors for the development to T2DM. As a consequence, ?-cells compensate increasing its number and/or size in order to secrete more insulin and amylin. As the disease progresses, pancreatic ? cells are overwhelmed and fails in their capacity to compensate insulin resistance. In addition, it is usually associated with other metabolic diseases such as hyperlipidemia, obesity and the metabolic syndrome. During the progression to T2DM there is a chronic activation of MTORC1 signaling pathway, which induces aging and acts as an endogenous inhibitor of autophagy. MTORC1 controls cell proliferation, cell growth as well as metabolism in a variety of cell types through a complex signaling network. Recent data indicate that autophagy pathway protects from human amylin-induced proteotoxicity. TSC2 is an essential component in the control of MTORC1 and it is regulated by multiple posttranslational modifications. Autophagy represents a protective mechanism for different cell types, including pancreatic ? cells, and potentiates ? cell survival across the progression to T2DM. Then, chronic overactivation of MTORC1 signaling pathway in ? islets from prediabetics patients, make these cells more prone to trigger apoptosis upon several cellular stressors and allowing the progression from pre-diabetes to type 2 diabetes status. In fact, we have observed that overexpressed human amylin (hIAPP) induce the formation of amylin aggregates that accumulate in cytoplasm of insulinoma ? cells, increasing ER stress, impairing autophagy, and inducing an unbalance in the mitochondrial dynamics with an inhibited mitophagy. The elimination of the harmful and toxic amylin plaques it is a critical point. Degradative pathways are interconnected with secretory pathways, which could facilitate exportation of protein aggregates and organelles to other tissues. The formation of exosomes represents a novel pathway of intercellular communication that may potentially be used as detoxifying mechanism to eliminate toxic amylin beta-sheet aggregates. The delivery of those exosomes through the blood brain barrier into brain structures and cells may cause neurodegeneration and potentiate that process in neurodegenerative diseases such as Alzheimer’s disease. As conclusion, firstly, a chronic hyperactivation of mTORC1 signaling pathway in ? islets from prediabetic patients leads to on one hand to the expansion of the pancreatic beta cell mass and, on the other to the inhibition of autophagy as protective mechanism of beta cells against the attack of several stressors, making these cells more prone to trigger apoptosis. Thus, the maintenance of a functional autophagy it is an essential component to protect and prolong pancreatic ? cell life span precluding chronic hyperglycemia. And secondly, exosomes could be a vehicle to carry on these toxic products to other cell types such as hippocampal cells, accelerating neurodegenerative processes, and establishing a possible etiopathological link between T2DM and neurodegenerative diseases. 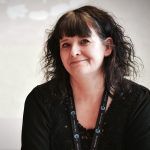 Our gut microbiota plays an important role in the development of many dietary related disorders including type II diabetes, cardiovascular disease and cancer. However, the link between microbial diversity and metabolic functionality is far from clear. Although the products of microbial metabolism are considered to have an important impact on immune function and inflammation, these dietary metabolites and the bacteria responsible for their formation are only beginning to be identified. This talk will explore the function of the human gut metabolome and the complex interplay between diet, the intestinal microbiota and human health.

At Resistell, we develop a rapid alternative to the culture-based antibiotic resistance tests. The technology was invented at EPFL and detects microbial movements and vibrations in living bacterial cells. We are transferring this technology into the diagnostic market. Micrometer
scale cantilevers, as they are used for atomic force microscopy, serve as sensors in Resistell instruments. As the cantilever resonates with vibrations of attached cells, a laser beam is deflected. This laser deflection is measured and interpreted by the instrument’s software as microbial vital sign. Lacking deflection signals indicate killed or inactive cells. This is the case, for example when bacteria are exposed to an antibiotic in the surrounding liquid. Our technology is able to detect ceasing microbial activity within minutes after the drug was administered. Resistell’s cantilever technology allows for the real-time monitoring of bacterial response to a drug and the calculation of Minimal Inhibitory Concentrations. This helps to identify the most effective antibiotic for the patient in less than an hour and will save lives. The cost savings free resources in our healthcare system to treat other patients. Resistell’s technology is currently developed for a variety of indications and pre-clinical data for a wide range of fast and slow growing bacteria are available.
Webpage 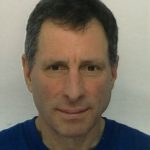 Populations living in remote rural communities would benefit from rapid, highly sensitive molecular, DNA-based assays to inform the correct and timely treatment of infectious diseases. Such information is also becoming increasingly important in global efforts for disease elimination, where the diagnosis of asymptomatic patients is now seen as being important for the identification of disease reservoirs. However, healthcare workers face practical and logistical problems in the implementation of such tests, which often involve complex instrumentation and centralized laboratories. Here we describe innovations that enable low cost, multiplexed DNA-based diagnostics for malaria and schistosomiasis based upon paper-folding or origami. The tests were delivered as a first-in-human study in remote, underserved communities in rural Uganda. We will discuss the importance of such tests in informing precise treatment and of their potential role in tackling problems such as antimicrobial resistance. Finally, in our most recent work we demonstrate the use of mobile phones to control the diagnostic tests, as well as record and transmit data from the paper devices, in the same remote communities.