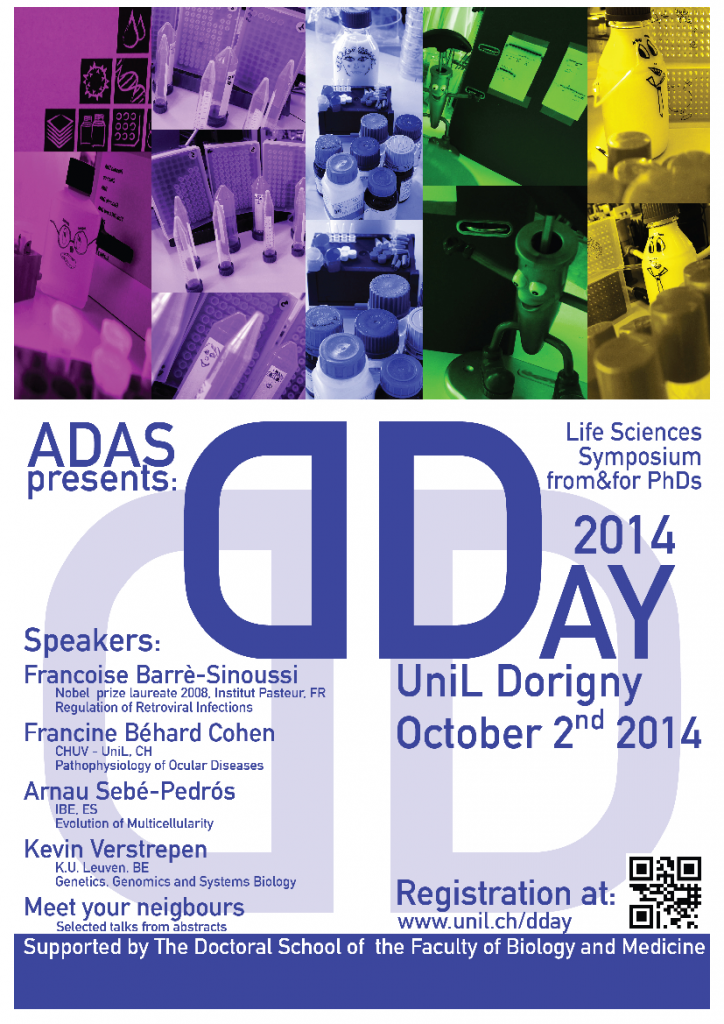 “On the road towards an HIV Cure”   Françoise Barré-Sinoussi

Since the first cases of AIDS in 1981 and the identification of its etiological agent in 1983, much progress has been made in both the development of tools to prevent and treat HIV infection and the access to these tools. In particular, the wide array of antiretroviral treatments that now exists has considerably transformed the face of the infection from a lethal disease to a chronic condition. Today, thanks to unprecedented international efforts, more than 10 millions of people living with HIV have access to these life-saving treatments in resource-limited countries.
However, the sustainability of these life-long therapies is a real challenge both for the patients who have to meticulously take them each day and for the global economy considering their cost. Indeed, these antiretroviral treatments are not curative as HIV latently persists in reservoir cells and in many compartments of the host.
Novel therapeutic strategies that would cure HIV infection or at least induce a sustainable remission in patients without the need to further take medication are thus an absolute necessity. The increased knowledge of HIV reservoirs and of the mechanisms of persistence as well as reports of proof of concept studies, have generated a great optimism in the scientific community, which now believe that a sustainable remission of HIV infection is an achievable goal.
In 2010, the International AIDS Society has launched the “Towards an HIV Cure” initiative with the aim to mobilize the scientific community and accelerate research on this topic, which has since then become a priority in the HIV science agenda.

“Helping Darwin to get a Cell paper”   Kevin J. Verstrepen

Darwin’s theory of how organisms gradually evolve is arguably the most important pillar of biology. Still, our understanding of the underlying molecular mechanisms is frustratingly limited. Perhaps the most important unsolved question is how Darwin’s idea of gradual change of existing features can be aligned with innovation. Where do new functions -and thus new genes- come from? Moreover, once a new gene emerges, it also needs to be regulated correctly. How do such new regulatory networks emerge?

We are focusing on a family of yeast genes that serve as a perfect example of how evolution works. Combining bio-informatics and synthetic biology allowed us to recreate ancient yeast DNA and proteins. Our results reveal how some 150 million years ago, a yeast gene duplicated and gradually accumulated specific mutations that led to the emergence of a novel function. Our on-going work is aimed at unravelling how a dedicated regulatory cascade evolved to control the transcription of this new gene. Together, these results provide an unprecedented level of detail of the molecular mechanisms and mutational paths that lead to the evolution of new genes and regulatory networks.

“On the origin of multicellularity: lessons from the unicellular prehistory of animals”
Arnau Sebé-Pedrós

The evolution of metazoans from their unicellular ancestors was one of the most important events in the history of life. However, the cellular and genomic changes that ultimately led to the evolution of multicellularity in animals are not known. We can gain insights into this question by comparative studies involving metazoans and their closest unicellular relatives (together known as holozoans), some of which have only very recently been discovered. We have sequenced the genome of Capsaspora owczarzaki and other unicellular holozoans and found that they have a rich repertoire of proteins involved in cell adhesion, signalling and transcriptional regulation previously
considered to be metazoan-specific. Moreover, we have described the life cycle of C. owczarzaki and the transcriptomic regulation of this cycle in terms of gene expression and alternative splicing. We showed the existence of aggregative multicellularity in C. owczarzaki, the first of this kind in Holozoa, together with two other well-differentiated cell behaviours. We observed that the transitions between these stages are tightly regulated at the transcriptomic level, impacting key functional categories, such as the integrin adhesome. We further observe transitions in regulated alternative splicing during the C. owczarzaki life cycle, including hundreds of intron retention events and the deployment of an exon network associated with signalling, a feature of splicing
regulation so far only observed in metazoans. Overall, our results allows us to reconstruct a complex scenario for the protistan-animal transition. This involved the cooption of pre-existing genetic repertoires and a transition from temporal to spatial differentiation of cell types.

The most striking and revolutionary advances in ophthalmology concern the treatment of diseases affecting the posterior segment of the eye. For years ophthalmologists were following the progression of retinal blinding diseases without any therapeutic options. In 2005, anti VEGF agents have been approved for the treatment of wet age-related macular degeneration using repeated intravitreous injections: a new era had begun. But today one of the first unmet recognized needs in ophthalmology is to reduce the need for frequent intraocular injections.
New biodegradable polymers for implants or particulate systems are emerging allowing for a very long sustained release of active compounds (several years) but the question of long-term toxicity of any degradation product on the retinal pigment epithelial cells (RPE) remains open. More interesting are the novel routes of administration, such as the suprachoroidal route. Compounds or polymers can be easily introduced using a minimally invasive surgical procedure towards the macula without any retinal detachment. Another perspective for protein delivery to the posterior segment of the eye is gene therapy. Viral vectors have been widely used for gene replacement in animal models of inherited retinal dystrophies as well as in clinical trials. For soluble proteins, more promising is the development of non-viral gene strategies and of encapsulated cell intraocular implants.
In the future, one can imagine that more targeted delivery to specific retinal cells will be achieved using the combination of new surgical techniques and instruments associated with drug or with gene delivery.