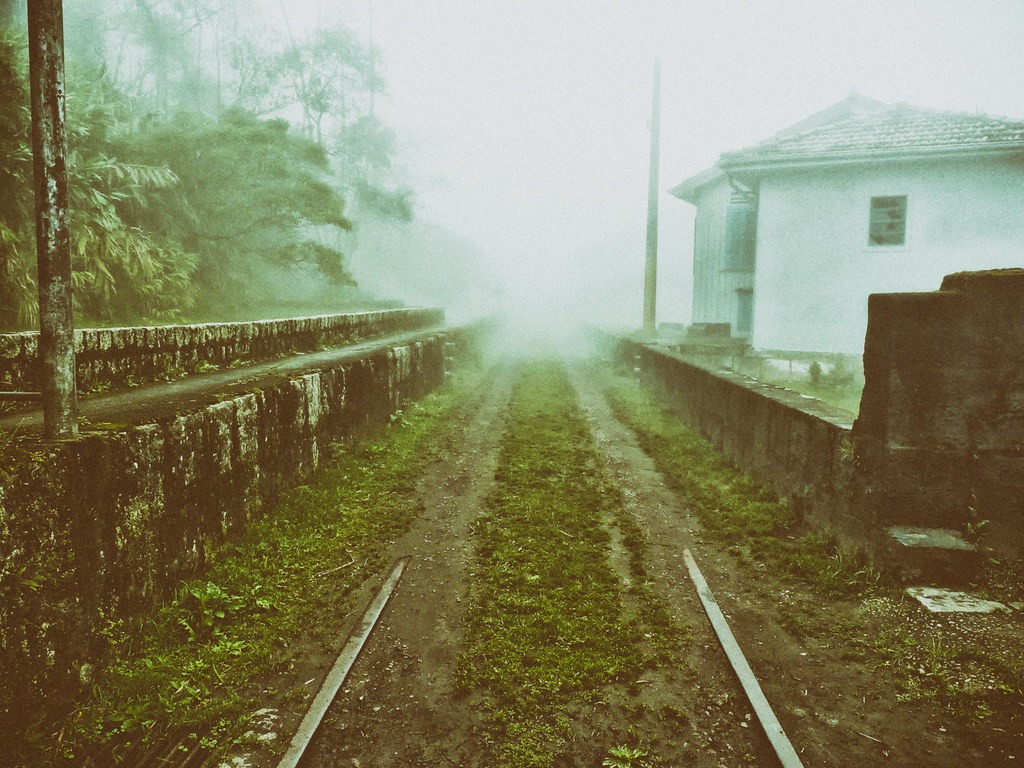 Image: “Abandoned Storehouses” by Diego3336 is licensed under CC BY 2.0

This piece of writing was born in a Creative Writing Club session, with the prompt “Mixing Worlds and Characters”.

Once upon a time, in a kingdom far, far away, lived a mean little creature, tall like three stacked apples, hair and cheeks the colour of a rotten cherry. No one had been able to defeat the little devil, for it had magic powers. One weakness, though, it had. It sang. It sang about its victories and sang about its plans. One day, as the goblin was strutting in the forest, it chanted

The miller’s daughter she was fair.

Found her crying in a prayer.

The miller’s daughter had married the king, and the goblin had been promised the princess’s first-born, which was expected in a year. This day, the creature was strolling through the grass, but little did it know, the fairies had set a trap. One safe step, a second, a third, and the little foot stumbled over a root. The creature fell and fell down the hill. It rolled and rolled, and cursed, and cursed. Underneath the hill, there was a pond. As it approached the bottom of the hill, it braced itself for the fall into the shallow water. The fall hurt much more. It slowly stretched its sore body and opened its eyes. It lengthened its arms and discovered two iron bars on both sides of its body. It lifted its head. The iron path had no visible end. The little devil turned onto its belly and found what had hurt its body were pieces of wood, which connected the iron bars, and black stones, that filled the gaps between the wood shafts. The creature pushed itself onto its knees. Its mouth tasted dust. There, it heard an ear-splitting noise, more powerful than it had ever heard. Lifting its head, it saw: the noise had come from an unknown being. A gigantic iron monster, that was spitting smoke from its head and which was speeding towards the creature like a flash. The goblin rolled itself over hectically, and saw the long, dark beast thundering by on its magic wheels. The creature scarcely admitted to fear, and it was only when someone lifted it up by its hood that it started screaming. It screamed and fought and bit and struck. It looked up and facing it was a tall man, fully clothed in black, with a black hat, and a black mask. His cape blew gently above the dust, and his right hand held a rapier. He smelled of dust, of sweat, and smoke. The man said calmly: “Entonces, eres tú el diablo”.

We do not know what happened after this, but people say the next day the goblin came to the princess’s door with a gift and promised to never show itself again.

And sometimes, if you pay attention, you can walk along the forest, and still hear the creature sing

The big man said I did harm

I laughed and spat, he rose his arm

“You must be punished, you are foul”

Struck his blade across my jowl

“Quit your evil, you disgrace”

Struck a Z across my face

For life, I’m marked with shame

Three scars, from his first name