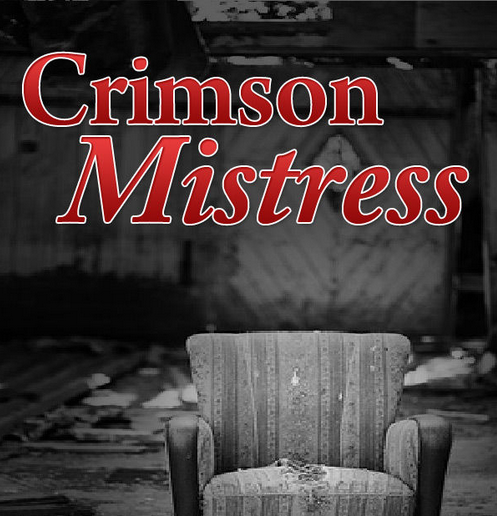 Ann Livi Andrews is an independent author from the USA. This busy mother of a two-year-old son qualifies writing as “the most basic form of art.” More than only art, writing is for Mrs Andrews also a witness of history. She sees writing as an indispensable tool working on several levels. “From mere fantasy and creativity to teaching someone a skill to documenting history,” she says, “we know so much because someone took the time to write it down.” And although Mrs Andrews is admittedly always busy and finds it hard to fit writing in between different little jobs and taking care of her child, writing holds an important place in her life. Not only is it a “stress reliever and a way to maintain emotional health,” but also a tool to fight insomnia.

Ann Livi Andrews has been writing since she was in first grade, though she’d had “stories swirling around in [her] head.” She writes because she has stories to tell; like that of the pencil and the eagle, her first ever written story. Suffering from insomnia, Mrs Andrews says that she can’t go to bed until all the words are put on paper. “A sense of peace” emanates from putting those thoughts on paper.

It is partly thanks to her husband that Ann Livi Andrews chose to self-publish her work. With his marketing background, he was the one to encourage her to “find some inner courage and put [herself] out there.” Since then, Mrs Andrews received positive reviews; for instance a reviewer wrote that they had “found this little gem by accident.” And although the book in question (short stories) was for her a side project, it received a large amount of positive feedback and encouragement, which “definitely put a smile on [her] face.”

One of the stories written by Mrs Andrews bears the title of Hollow Towns: The Beginning. The story begins in a sort of climate change apocalypse, where the reader is introduced to several characters who are not, apparently, linked to each other. Yet, all the characters seem to suffer from a kind of amnesia. This element allows the writer to cleverly build her story around memory and uncertain past events.

The reader discovers what is happening at the same time as the character, however there is always a missing element. While the vague outline of the narrative builds incredible suspense, it can also prevent a full understanding of the story. One could also reproach the writer the several repetitions and the incessant questions at the end of paragraphs. Yet, the intrigue is developed in such a way that it leaves you clinging to the book, waiting to discover any climatic ending. The dialogs are sharp and well organized; they allow the reader to better understand the characters’ feelings. Moreover, the light writing style makes the book a quick read.

Apart from the Hollow Towns series, Ann Livi Andrews is also working on a series called Rehab for Superheroes from which Crimson Mistress is volume one. Crimson Mistress is a story full of suspense and mystery. The mystery is set right from the beginning with the somewhat strange character-narrator who is Clementine. She is a superhero, but getting sick while the city outside her window is burning.

The reader is immediately thrown into a suspenseful narration where they will try to fill in the blanks with their own imagination. Indeed, bits of info are given along the pages, but the suspense stays at a maximum level as very little is revealed about the setting, time, or even the main character herself. She seems to be struggling with regrets and internal conflicts which are cleverly described through flashbacks and memories. One detail does seem out of place, though: the fact that the superhero publishes short stories in her free time. Against Clementine is what seems first to be an incredibly evil villain. One could almost be put off by how much of a jerk he is at first. Yet, after an interesting switch in the narrative, he turns out to be quite an interesting character as well. However, Butlerians among the readers will probably be annoyed by the fact that the villain is portrayed as a father-figure who answers all the questions of the apparently clueless heroine.

The main reproach that could be addressed to the author is the amount of repetitions. Some more time could also have been accorded to editing as some inconsistencies in style appear (use of abbreviations, use of numbers). Yet, her somewhat flat style makes for a quick read where suspense and descriptions are interwoven. Mrs Andrews’s strong point is definitely her ability to create suspense. As mentioned above, suspense appears right from the beginning of the story because it starts in medias res. And is finished on a huge cliffhanger; something to make the reader hungry for more.

Despite the inconsistencies, the numerous repetitions, and the gendered hierarchy of knowledge, I enjoyed reading Crimson Mistress. I would recommend it to any fan of suspenseful science fiction, and to lovers of short stories with interesting characters.

Ann Livi Andrews has an incredible potential for writing suspenseful stories which will keep you awake and turning the pages. She admits writing for herself, and editing for her readers. And though she has to squeeze writing early in the morning or late at night—“Either way, it’s writing versus sleeping,” she says—she always finds time to read and write dark fantasy and apocalyptic fiction. As a master of suspense, Ann Livi Andrews displays great skill in writing. Keep an eye on her for she might soon be a bestselling author of weird stories.