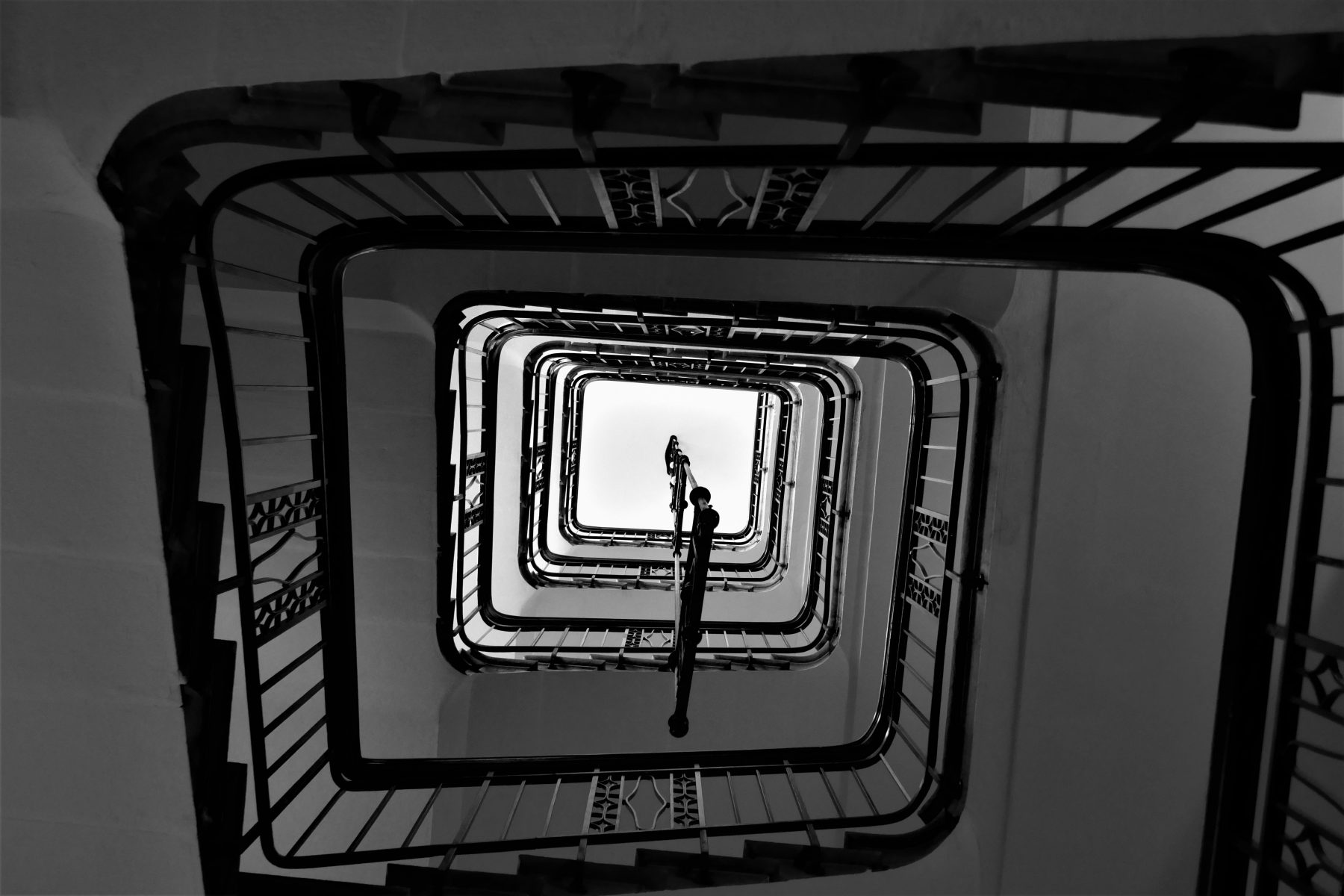 My aunt had always been a person of wonders. While growing up, I remember her running up and down the stairs in her huge old house, regardless of her age or the grey color of her hair. Not to mention, she had one of those wide staircases with tall steps, similar to the ones you see in old movies. She ran like that to answer her old greyish-beige whirred rotary dial phone. And she would have this old piano with all the white keys turned yellow that apparently survived a bombing (well, some of the keys actually broke but she never bothered to have them repaired). Nevertheless, that did not stop her from singing, and she had one of the most moving voices I ever heard. Without her needing to be in any sorrowful state of mind (especially around my siblings and me who she loved as if we were her grandchildren), whenever we asked her to sing, I was fascinated by how quickly she changed from laughing, gossiping and telling stories to singing songs with great nostalgia and melancholy, but nevertheless sublime tones in her voice. It was as though each sound that escaped from her lips managed to find a way deep down into your chest and fill you with awe.

As I said before, my aunt used to tell us all kinds of stories. Some were of pure invention, such as the fictional “naughty boy called Peter” who, according to her, was the one always ripping her sheets whenever my sister and I asked her about the holes in the bedsheets she lent us. There was also the story of that time she jumped out of a car window after the driver told her that the breaks were not working. I do not know if that story is true or not, but I would not be surprised if it were, especially after I found out a few years ago that she refused to go to the hospital when she broke her arm. That was a true story, along with the ones about her experiences of World War II and the Greek Civil War. There was, for instance, that time when a shooting took place in the street right outside her parents’ summer home she was staying in alone that summer, which was all on one floor and full of windows. She recalled hiding in the fireplace because it was the only part of the house that remained intact from the bullets shattering the windows, as they simply crossed right in front of it. My aunt also told me that if it were not for Hitler, she would not have been able to finish her education. As she was the eldest girl in the family, her mother did not want her to finish school in order to keep her at home to do all the hard work in the fields and chores around the house (this was, back then, the fate of most eldest daughters in Greek families living on islands or in the countryside). But her father, you see, was a headmaster and teacher, and during the war, when the island was under Italian rule and children were not allowed to go to school or work in the fields, her father, the only one allowed to enter the school, took her with him and gave her private lessons. My aunt also told me that, unlike most women of her time, if it were not for her marriage, she would have never earned her independence. At forty-five she broke free from her tyrannical mother thanks to her husband. At forty-five she was finally allowed to move out of her parents’ house and stop working in the fields like a slave or take care of her healthy parents as if she were a nurse. At forty-five she would never get beaten again by her parents for coming back home past midnight, even at the age of thirty.

My aunt died last year. The funniest thing was that I thought she never would. I knew she was mortal alright, but I always thought that she would die at a hundred and fourteen (like her grandfather) instead of ninety-four. She survived two wars while she was a teenager and young adult. She jumped out of a car running down a mountain out of control. At the age of ninety-two she broke her arm and refused to go to the hospital – my uncle had to drag her there. At ninety-three she was still running up and down the staircase in her husband’s big, old house. At ninety-four she had breast cancer and did not even feel concerned by it and apparently did not even need to – it did not put her life in danger. At ninety-four all of the doctors she saw were impressed with how much energy she had and how well her brain and speech worked for a woman of her age. She was quick and she was sharp. Even at ninety-four. I do not know what exactly killed her. All I know is that it was neither her cancer nor the current pandemic. And I do not want to know. I will always remember her as the strongest woman I have ever known. Invincible.