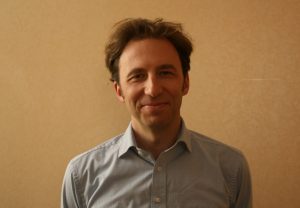 I am currently attending physican in diagnostic neuroradiology at Centre Hospitalier Universitaire Vaudois (CHUV) and associate professor at University of Lausanne (UNIL).  After having completed medical school at UNIL in 2000, I joined EPFL (Ecole Polytechnique Fédérale de Lausanne), where I first completed a postgraduate training in biomedical engineering in 2001 and then a PhD within the doctoral school of computer science and telecommunication in 2005.

I started my research career as a PhD student at EPFL. During this period, I got interested into diffusion MRI, a technique enabling to probe tissue microstructure non-invasively. In this field, I contributed to improving the mathematical description of the physics of diffusion imaging (Wedeen et al., 2005)and proposed several algorithms to reconstruct and segment axonal fiber tracts from brain diffusion images (Hagmann et al., 2003; Hagmann et al., 2006). Towards the end of my PhD time, I understood the relevance of modelling brain fiber pathways as a network (Hagmannet al., 2007)and the potential of achieving this non-invasively with diffusion MRI, so emerged in my mind the concept of connectomics, term that I defined in my PhD thesis (Hagmann, 2005) (https://en.wikipedia.org/wiki/Connectome).