Until recently, Éléments d’économie politique pure was the only book by Léon Walras available in English (Elements of Pure Economics,, fifth edition, 1926, translated by William Jaffé,London, George Allen and Unwin, 1954). It contains the theory of general economic equilibrium under free competition, with the concept of utility maximization as its core.

Walras originally intended also to write comprehensive treatises on social economics and on applied economics, but lack of time and bad health stood in the way of that plan. He presented instead two collections of his main publications on the subjects under the titles Études d’économie sociale (1896) and Études d’économie politique appliquée (1898). However, these books are less organized and accessible than a treatise, and a good deal of editing and annotation, lacking in the original French editions, is required for their understanding. In the English translations of the Études, briefly described below, the necessary editorial aids are provided by an introduction, annotations, and an index.

In this book, Léon Walras applies economic theory to real problems, presents the essence of his normative economic ideas, and reveals himself to have also been a great thinker on human nature, justice, mores, and the structure of scientific inquiry and knowledge.Walras’s objective in the book was to present an economic blueprint for an ideal society in which poverty and other evils would be banished. He therefore wrote the essays that appear in the book to express essential parts of his system of thought, namely his normative ideas, and much related applied analysis of economic behaviour based on his knowledge of humanity and society and on his understanding of the real economy achieved through sound positive economic theorizing.

Consequently, in the absence of an English translation of the book, there has been a wide gap in Anglophone scholars’ knowledge of Walras’s work. That has adversely affected their knowledge and understanding of not only his interesting normative ideas, but also of the place in his system of his pure theory and applied economics. This translation achieves the aim of eliminating that gap. The book will be of interest to researchers and postgraduate students in the area of the history of economics, as well as to those concerned with Walrasian topics such as social justice, taxation, intellectual property, and land ownership.

In this book,Walras investigated where free competition is possible and where not, and how to organize and regulate economic life in these differing situations.

It should be observed that by ‘regulating’, Walras did not mean intervention in the processes that lead to market equilibrium; he did not believe that the State should organize or direct those processes. He was convinced that the market participants themselves bring about equilibrium through raising or lowering prices and through redirecting the uses of resources in accordance with changes of demand. By regulation, he meant taking measures to ensure that price competition can take place freely, unhampered, and undisturbed by those who would seek to profit from market imperfections.

The book also deals extensively with the problem of the regulation of the variation of the value of money. Believing as he did that a stable monetary system is of the utmost importance for all kinds of business, it is not surprising that Walras inserted this issue at the beginning of his book. The value of money fluctuates with the ups and downs of the economic process, which is natural and normal. However, fluctuations caused by other phenomena (newly discovered goldmines or the exhaustion of existing ones, for instance) should be prevented because they can disturb economic processes.

Finally, Walras also dealt with other features that are important for the functioning of the economic system, such as capital, credit, banking, securities markets, and speculation. 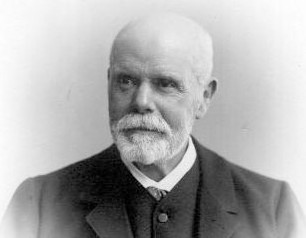