Welcome to the Vještica Lab
Located at the University of Lausanne in Switzerland, Vještica Lab studies how fertilization sets in motion development of a new individual. We explore mechanisms that carry out this remarkable process using fission yeast and its outstanding plethora of experimental approaches.

This section discusses the general topic we are interested in. For more detailed project descriptions, please visit our Research page.

Sex is the key reproductive strategy in most eukaryotes. It boosts diversity of individuals by reshuffling genes between two parental genomes to produce genetically distinct offspring. Sex is a stereotypical process that the ancestor of eukaryotes built around the ploidy cycle presented in Figure 1. Fusion between two haploid partners produces a diploid which then goes through meiotic divisions to reduce the ploidy. It is imperative that diploids don’t mate and thus produce polyploids, and that haploids avoid meiosis which would produce aneuploids. To achieve this, eukaryotes specify distinct cell fates that restricting mating to haploid gametes, and meiosis to diploid zygotes. 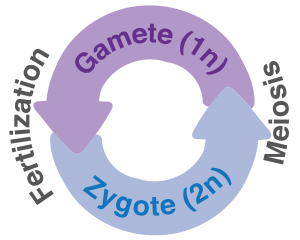 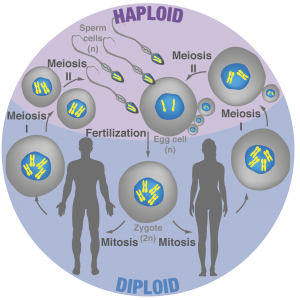 Figure 2: Overview of sexual reproduction in animals
Video 1: Polyspermy block. The large egg cell is fertilized at 2’oclock-position by a tiny sperm cell. Sperm entry initiates Ca2+ wave (righ panel) that leads to formation of a protective layer around the zygote (left panel). Video 2: Fertilization trigers zygote development.
Within this general framework of sexual lifecycle, eukaryotic lineages have evolved considerable variations. For example, the relative duration of ploidy stages differs greatly between organisms. Fungi and mosses are for the most part haploid, while flowering plants and animals (Figure 2) spend most of their lifecycle as diploids. In fact, only in a small subset of animal cells called the germline will undergo meiosis to produce the sperm and egg cells that can not divide further, and instead, are destined to for cell fusion.Sperm competition to fertilize the egg has driven evolution of remarkable adaptations where behaviour, reproductive organs and sperm properties ensure reproductive success. However, as soon as the first sperm enters the egg, zygotes must immediately arrest mating. Processes that prevent consecutive fusion events are collectively called polyspermy blocks. To this aim, the newly formed zygotes often form physical barriers (Video 1), degrade the fertilization machinery and, at least in plants, inactivate sperm guidance systems. In most cases, such changes must occur very rapidly post-fertilization to ensure only one sperm cell enters the egg. It is important to note that species such as birds, allow fusion between the egg and multiple sperm cells but then ensure the egg nucleus fuses with only one sperm nucleus while other nuclei are effectively lost. What are the common, evolutionarily conserved features of polyspermy blocks remains unknown because of their diversity and limited understanding in most phyla.

How fertilization triggers development is one of the most basic and longstanding question in biology. Indeed, fusion between the sperm and egg transforms these terminally differentiated gametes into a totipotent zygote that gives rise to a new individual (Video 2). A critical but poorly understood step in early development is transcriptional “awakening” of the zygotic genomes. Mechanisms that initiate zygotic gene expression remain unclear, yet homeodomain family of transcription factors plays prominent roles in animals, plants and fungi. Interestingly, zygotic transcription often initiates from one parental genome, which in some instance results in non-Mendelian inheritance of traits from only one parent.

Fission yeast is a haploid organism that reproduces mitotically when nutrients are available (Figure 3). However, when resources are depleated in the environment, cells arrest the mitotic lifecycle and commit to sexual reproduction. At this point, cells upregulate genes required for mating and differentiate into gametes. Partners then signal to each other and grow projections called shmoos that brings them into physical contact. Subsequently, the two gametes fuse to form a zygote, which rapidly enters meiosis and sporulates to form four haploid, environmentally resilient spores.

We recently found that the fission yeast sexual lifecycle has surprising similarities with more derived eukaryotes such as plants and animals. We showed that diploid formation in fission yeast confers both meiotic proficiency and mating repression, the two defining properties of zygotic cell fate. Specifically, we observed that gametes not only compete for partners (Video 3) but that zygotes have highly effective re-fertilization blocks, which were previously completely overlooked in fungi. Our current work shows that fungi may prevent consecutive fertilization events through several mating blocks, which we now aim to understand at the molecular level. While it is known that a homeodomain transcription factor serves as the initial trigger, how zygotic signaling propagates to establish the new cell fate remains to be seen. Interestingly, we discovered that zygotes can asymmetrically transcribe the two parental genomes, and consequently, allocate functionality to one parental allele. Our ongoing work aims to identify the prevalence and roles of parental bias in gene expression using fission yeast. This work holds potential to introduce a powerful model system, where experimental evolution is feasible, into the field of parent-specific allelic expression. 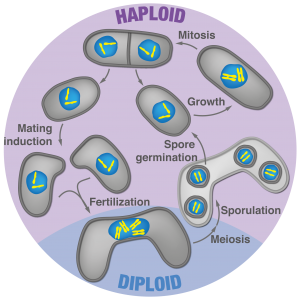