A massive ice fall was observed during a sampling campaign at the Mer de Glace in the Mont Blanc massif. In between 30’000 and 60’000 m2 of ice collapsed from the Charpoua glacier, which is a small temperate glacier in the south-east face of the Aiguille Verte.

A glacier is a perennial system on a human scale, a stock of solid water (snow, firn, ice). It is continually renewed by the combined accumulation (snowfall, snow brought by the wind or avalanches) upstream and ablation (melting) downstream. It flows continuously under the effect of its weight, the upper parts, where the accumulation prevails, towards the lower parts, where the ablation dominates. The altitude at which accumulation equals ablation, where the mass balance between gain and loss is zero, corresponds to the equilibrium line. In the Mont Blanc massif, this line was at an elevation of 2800 m.a.s.l. in between 1995 and 2011. Since that it raised to 3200 m.a.s.l.

For a small and steep glacier like the Charpoua glacier, this change in temperature has strong consequences. The Charpoua glacier is a temperate glacier. It means its base is at 0°C and more, so not frozen to the bedrock. When the temperature are rising, ice at the base melts, the resulting water acts like a lubricant, the basal friction drops and the glacier starts to collapse. According to Ludovic Ravanel (CNRS researcher in Edytem Institute) the recent summer temperature anomalies are not the main drivers. It is more likely caused by the local geography in complex balance between its steep topography, its subglacial hydrology and the strong input of avalanche coming from its right side (South face of the Drus).

There is no known study for this specific glacier. But few publications were made in the Mont Blanc massif, especially on the Mer de Glace, the main glacier flowing downstream of the Charpoua glacier. Since 1993, the Mer de Glace experienced a horizontal retreat of about 700m and lost around 70m of thickness at its terminus (Montenvers train station).

During the 5 min event recorded on Sunday 9th, in between 30000 and 60000 m3 of ice collapse, which represents more than 4% of its total volume. Few blocks start falling, then the big part followed. Later in the afternoon when the subglacier river outflow became important, strong debris flows washed the polish from sediments and ice blocks. These debris flows are strongly erosive and it is easy to understand how the canyon shaped into the moraine downstream was made. Other catastrophic events happened this year in the massif due to the rise of the temperature. In august several hundreds of cubic meter of rock collapsed under the ridge of the Cosmic due to the melting of the permafrost.

This catastrophic evolution of high mountain brings many questions. What is the future of the alpinism regarding the instability of these slopes ? How safe and sustainable hydroelectricity produced into large mountain dams is ? How can we manage the production of so many sediments in our rivers? One thing is sure, the climate change is already happening and our mountains are paying the heavy tribut. 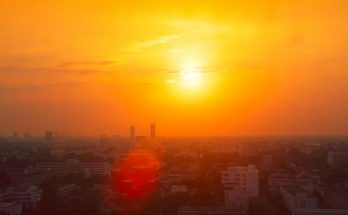 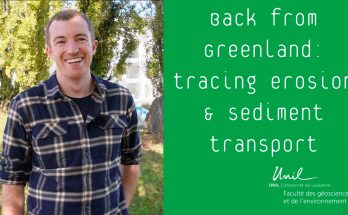 Back from Greenland: what sediments tell us about the retreat of the Ice Sheet 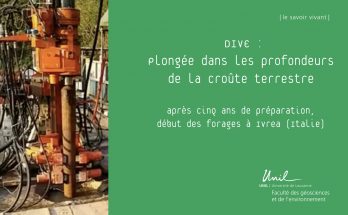 Reaching the  Earth’s mantle: a dive into the depths of its continents