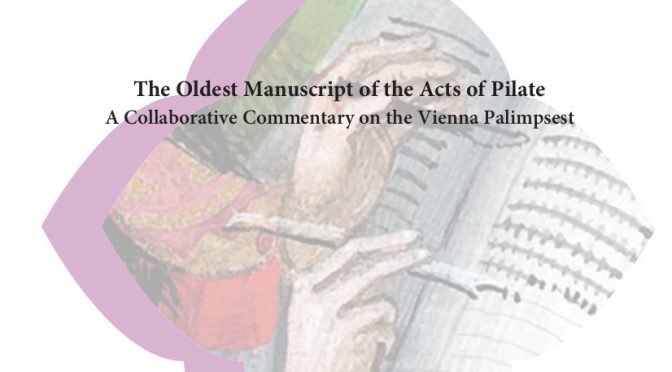 The first International Summer School on Christian Apocryhal Literature (ISCAL) took place in 2012. It was
dedicated to the Virtutes Apostolorum—an anonymous collection of texts relating to the history of the apostles,
composed in Latin probably towards the end of the 6th century—and to its reception in artistic production. The
second Summer School was devoted to another famous apocryphal text that was widely disseminated in the Middle
Ages: the Gospel of Nicodemus, an anonymous text relating to the Passion of Jesus, probably written in Greek in the
second half of the 4th century. It was held in Strasbourg from 9 to 12 June, 2014. This second iteration of ISCAL
focused on the phenomenon of translation and rewriting during the Middle Ages. It allowed students from several
countries to interact with the foremost specialists in the field and to work under their direction on some unedited
materials in a series of instructional workshops.