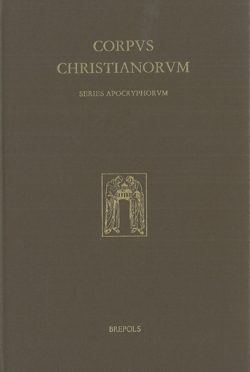 A collection of some of the most important medieval Irish eschatological texts.

The present volume comprises editions, by several of the major scholars now working in the field of medieval Irish apocrypha, of a selection of important eschatological texts. Two of these, edited by John Carey, are works original to Ireland: The Vision of Adomnán, an account of the afterworld notable for its vividness and complexity; and The Two Sorrows of the Kingdom of Heaven, a shorter text which describes the judgement of souls and the end of the world with reference to the destinies of Enoch and Elijah. Caoimhín Breatnach provides editions of the Irish versions of some of the fundamental texts of Christian apocalyptic: The Assumption of Mary (supplemented by a closely related Latin variant, edited by Joseph Flahive); and one of the Redactions of The Vision of Saint Paul. Professor Breatnach also contributes a series of accounts of Antichrist: these belong to a type that has long been regarded as typically Irish, but for which Charles D. Wright here supplies a broader context in an innovative and important study. Fr Martin McNamara MSC introduces the collection with a discussion of “Some Aspects of Medieval Irish Eschatology”.

This is the first volume of a two-part collection: the texts edited in the sequel will be concerned with the events of the end time, and in particular with the theme of the signs before the Day of Judgement.