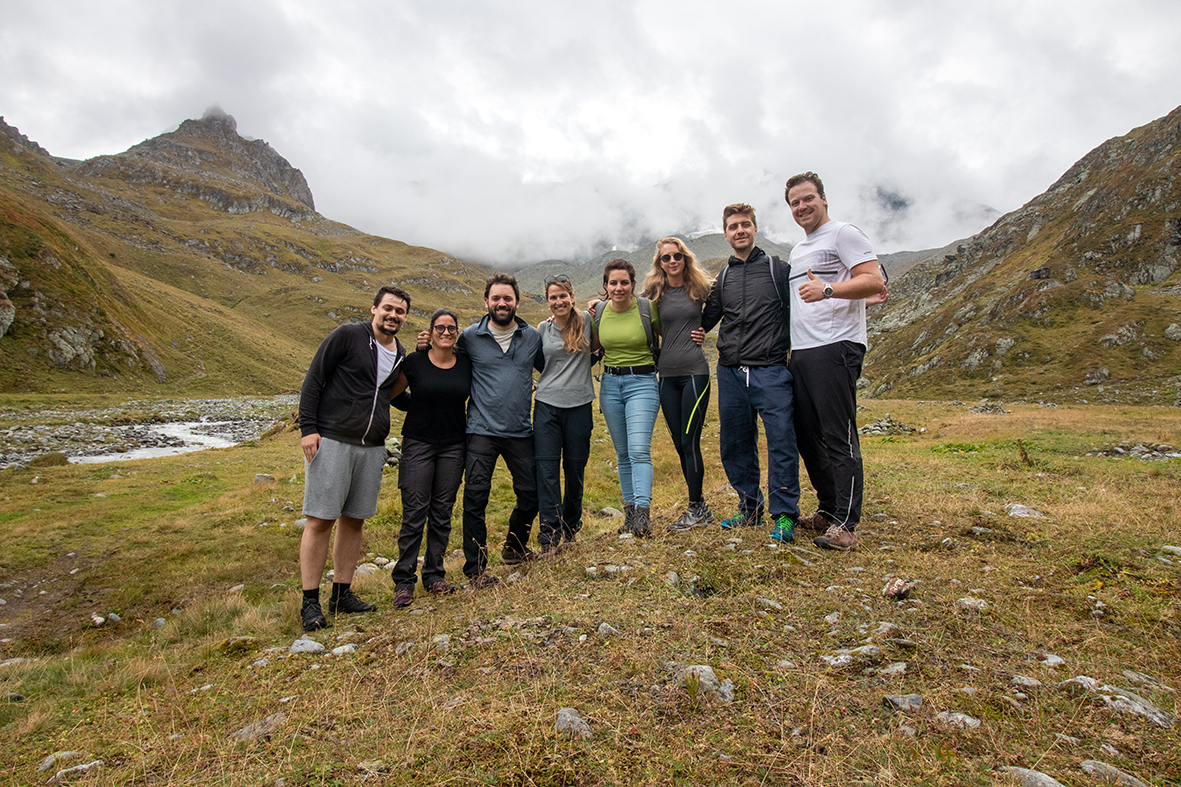 We are hiring 1 Post-doctoral fellow in the field of neural stem cell metabolism!

We are hiring 1 PhD-student in the field of neural stem cell metabolism!

Marlen Knobloch has obtained her PhD at the University of Zurich in the Group of Prof. Nitsch, where she developed and characterized a novel mouse model for Alzheimer’s disease. During her PhD, she furthermore contributed to an innovative immunization approach against Alzheimer’s disease, which has been further developped by Neurimmune/Biogen.

In 2017, Dr. Knobloch has obtained an assistant professorship in the Department of Biomedical Sciences at the University of Lausanne where she has established the Laboratory of Stem Cell Metabolism.

Vanille joined the Departement of Biomedical Sciences in 2017. During the two years of her apprenticeship, she were trained by the group of Marie-Gabrielle Zurich, Christian Widmann and the Platform of Metabolomics. Currenty, she is the lab technician working for both Marlen Knobloch’s lab and Marie-Gabrielle Zurich’s lab. She is involving in cell cultures of iPSCs, NPCs, human 3D brain culture, human brain organoid culture, in enzymatic activity analyses, real-time RT-PCR, immunostaining, immunoblotting and in metabolic profiling using Seahorse technology. She manages the lab and is involved in numerous projects with all group members.

Francesco obtained his Master- and PhD degree in Italy at University of Calabria, studying the roles of glial cells in neuroinflammation and neurodegeneration. Afterwards, he moved as a Post-Doc in Paola Bezzi’s Lab at the University of Lausanne, where he studied the role of astrocytes in the modulation of dopamine levels during postnatal cortex development. Thereafter, he joined the lab of Jean-Claude Martinou at the University of Geneva, as a Research Associate, where he is investigating, in collaboration with Marlen Knobloch’s lab, the effect of Mitochondria Pyruvate Carrier 1 deletion on astrocytes and neural stem cells. Francesco has joined Marlen Knobloch’s lab as a Research Associate in April 2020 and is currently working on lipid metabolism of glial cells in physiological and pathological conditions

Daniel obtained his Bachelor in Biomedicine at the University of Barcelona and his master in Neuroscience at the University of Regensburg. During his master’s thesis in Christian Wetzel’s lab, he studied the mitochondrial function of fibroblasts obtained from depressed patients and optimized protocols to convert them into iPSCs and neurons. In addition, Daniel obtained a second master’s degree in Bioinformatics and Biostatistics at the Open University of Catalonia. During this master’s thesis under the supervision of Melchor Sanchez Martinez, Daniel worked on the computational design of molecules with a therapeutic potential for the treatment of Niemann-Pick type C disease. Daniel joined Marlen Knobloch’s lab in July 2018 as a PhD student and is currently working on establishing cerebral organoid systems for the study of lipid metabolism during development.

Valentina obtained her Bachelor in Biology and her Master in Medical biology at the University of Lausanne. As a first step project, she joined Caroline Pot’s group where she worked on the interplay between lipid metabolites and gut flora during experimental autoimmune encephalomyelitis. For her master thesis, she joined Olivier Bonny’s lab. She was interested in the effect of vitamin D on the level of serum and urinary uric acid and on the expression of the different urate transporters. Thereafter, she worked as a scientific collaborator in Dmitri Firsov’s group for 6 months. She started a project to investigate the role of the peroxisomes in the kidney and she joined Marlen Knobloch’s lab in September 2018 as a PhD student. Valentina is working on the metabolic profile of adult neural stem cells.

Fabrice Battiston obtained his Bachelor in Biology at the University of Geneva and is currently doing his Master in Molecular Life Science at the University of Lausanne. As a first-step project, he worked in Alejandro Ocampo’s lab where he studied the expression of reprogramming factors in two reprogrammable mouse strains. Fabrice joined Marlen Knobloch’s lab in April 2021 and is currently working for his Master thesis on the role of lipid droplets in neural stem cells.