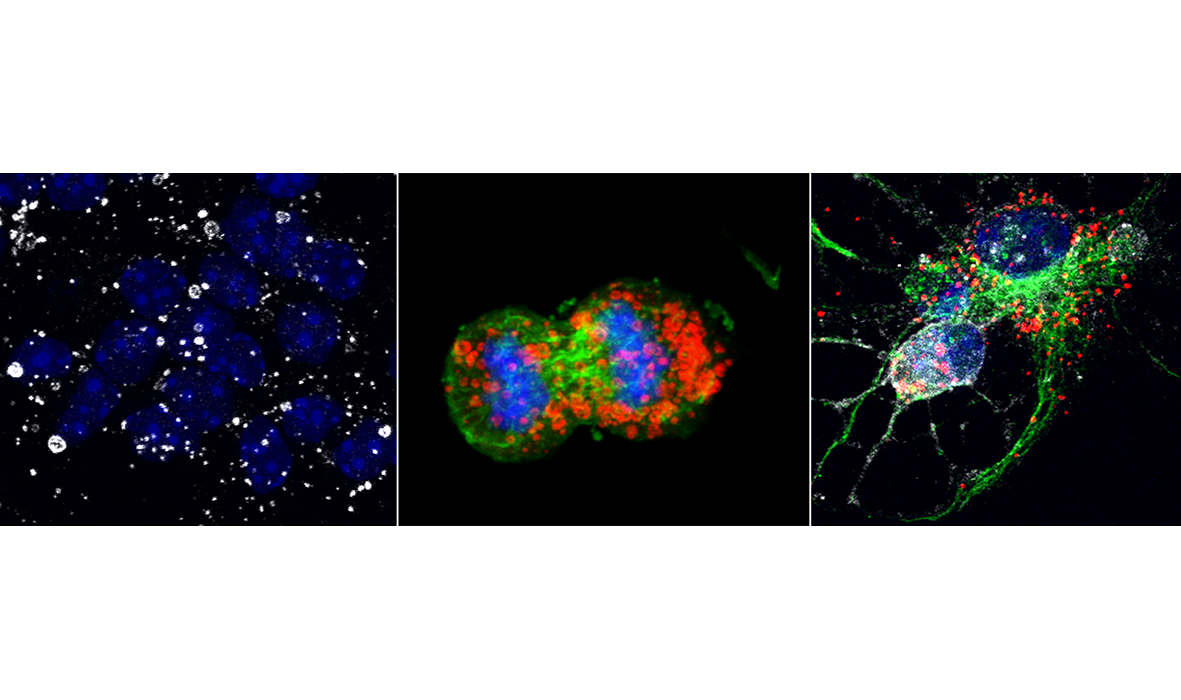 We have previously shown that lipid metabolism is indeed crucial for NSPC behavior (Knobloch et al. Nature 2013, Knobloch et al. Cell Rep 2017). However, why these lipids are so important for NSPCs and how they exert their influence on NSPC behavior remains poorly understood. We address how lipid metabolism changes during cell cycle, fate choice and differentiation, and what the lipids are used for. We are specifically focusing on the role of lipid droplets, the storage organelles for lipids, in NSPCs.

To understand if the mechanisms we find in mouse models hold also true in a human setting, we are using human induced pluripotent stem cells (iPSCs), NSPCs and brain organoids to study the role of lipid metabolism for human brain development. In addition, as mutations in lipid metabolic pathways are quite common, we are studying the impact of such disturbances on neural stem cells using patient-derived induced pluripotent stem cells.

2.) Extrinsic influences on metabolism in NSPCs.

Many extrinsic factors are known to influence neurogenesis, such as for instance nutrition, physical activity, aging and various diseases. However, how this pro-and anti-neurogenic stimuli are translated into changed NSPC behavior remains unclear. We are addressing how NSPC metabolism changes upon these different stimuli, using metabolomics technologies.

4.) Brain lipid metabolism and its role in health and Alzheimer’s disease

NSPCs and astrocytes share many metabolic features, thus we have started to look into the role of lipid metabolism in astrocytes and how this influences health and disease. We are using genetic tools to manipulate lipid metabolic processes and are addressing the consequence for proper brain development and function in healthy mice and in a mouse model of Alzheimer’s disease.