High elevation headwater catchments play a key role in the Alpine water cycle. However, the ongoing increase of mean temperatures induces a shift in precipitation phase, with more precipitation falling as rainfall, and less snowpack accumulation. The overall consequences on the hydrologic dynamic are a shift of the timing of annual maximum streamflow to earlier periods, impacting the water resources later in the year when they are the most required. This tendency is well known and already observed. Detailed hydrological studies on snowmelt flow paths are, however, still rare. Accordingly, the approaches developed to include snow in hydrological models suffer from a lack of knowledge about the flowpath processes at work at catchment scale.

In this thesis, we proposed to address the question of the flowpath dynamic in such an Alpine environment by studying a small (13.4 km²) snow-dominated headwater catchment of the Western Swiss Alps, the Vallon de Nant. This catchment is one of the few relatively undisturbed catchments (by human water use) in Switzerland and the focus of a wide range of geosciences research. Hydrological research was initiated here with the work on this thesis, i.e. almost everything remained to be done. Accordingly, a starting point was the detailed observation of meteorological processes relevant for hydrology. Although the study area is small, a first question to answer was the impact of the spatial heterogeneity of rainfall on the hydrological response of the catchment. A 12-station (temporary) raingauge network was deployed and measured 48 summer rainfall events. Thanks to the development of new streamflow response metrics, we found that spatial rainfall patterns might play a key role to explain the hydrologic response in small Alpine catchments because of the interplay of variable drainage density, the distance along the stream network to the outlet, and of spatially variable subsurface storage potential. Our conclusion is that a 3-station network (1 station per 0.22 km²) is necessary to capture most of the spatial heterogeneity of precipitation in this catchment.

In a second step, the water flowpaths were studied for different hydrological units defined within the studied catchment based on prior knowledge of geomorphology. This study was based on environmental tracers of water, by monitoring the temperature of various subsurface water sources in the catchment (in springs and piezometers) and by analyzing electroconductivity (EC) and the triple stable isotopes of water (δ2H, δ17O and δ18O) for 2861 water samples (mainly springs, stream, rainfall, snowpack). The combination of these tracers showed the predominance of subsurface flow contributions to streamflow throughout the year. Even during the peak of the melt season, when high inputs lead to a complete flushing of the system with recent snowmelt, the snowmelt reaches the stream essentially via subsurface flowpaths. We also detected some continuous inflow to the stream even during winter baseflow and could identify the activation of shallow flowpaths during rainfall events that occur during the melt season.

Beyond site-specific conclusions, our detailed analysis of the different tracers shows how they jointly convey information on the dominant processes. Spring water temperature conveys information on local flowpath depth and connectivity. EC data from springs and the main stream can be interpreted in terms of water age and thereby informs about subsurface flow path length. In addition to these two tracers that are impacted by local subsurface properties, stable water isotopes carry the history of the origin of precipitation before it entered the subsurface. They namely inform about the presence of recent snowmelt in streamflow and are thus complementary to temperature and EC. In addition, the rate of isotopic composition variation observed in subsurface water can give additional insights into reservoir size or flow rates. It is noteworthy that for this study, we used the δ-values directly; neither d-excess nor 17O-excess could be interpreted in terms of local-scale hydrological processes. Our hope is that the presented data might, in future research, contribute to understand their value for local-scale process analysis.

To conclude this thesis and to capitalize on the extremely rich underlying field work, we propose a wide range of recommendations on the instrumentation and sampling of comparable catchments for future work. 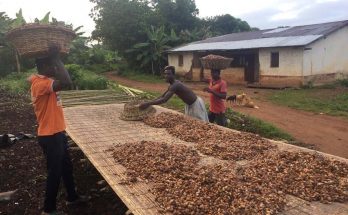 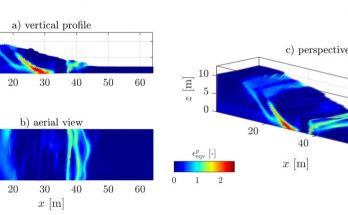 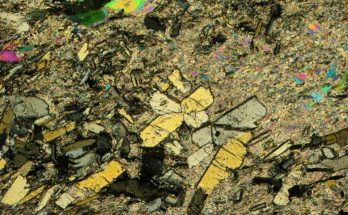