Following the Russian involvement in the Ukrainian crisis in 2014, some countries in Europe, North America and Australia imposed economic sanctions towards Russia. These sanctions, along with the devaluation of the national currency and decline of oil prices facilitated internal structural economic problems that resulted in the comprehensive national economic crisis lasting until 2016. In this thesis I aim to understand how Russian cities reacted to this economic crisis and why they were affected differently.

Cities develop and maintain in interaction with other cities. Based on the evolutionary theory of urban systems (Pumain, 2006, 2009; Rozenblat, 2010), we argue that cities’ resilience is shaped by the synchronicities of different processes on three urban levels: macro that focuses on inter urban flows creating system of cities; micro focusing on the behavior of individual and collective urban actors; and meso, considering a city as an integrated system between micro and macro. Every level of urban processes has a different adaptation path following diverse shocks, and we argue that synchronicities of these multilevel adaptive dynamics create urban resilience (Rogov, Rozenblat, 2020).

Considering the economic shocks of 2014 of a top-down nature, the thesis starts with the construction of inter-urban networks of multinational firms. Using the ORBIS-BvD database on the 3,000 largest corporate networks, the inter-urban linkages were constructed. The firms, both headquarters and subsidiaries, were located in the delimited Large Urban Regions (LUR), encompassing over 80% of all the firms located in Russia. Using the datasets for 2010, 2013, 2016 and 2019 we wondered how a relative position of Russian cities in the global economic networks changed before, during and after the economic crisis of 2014-2016.

The analysis of the evolution of the inter-city networks reveals that throughout the last ten years there was a drastic decline of the number of linkages in Russian cities (both intra-urban and inter-urban). However, despite the general shrinkage of the system, we observed the increase of the international linkages and decrease of the intranational. Along with the growing diversity of cities’ connections, it shows stable internationalization of Russian cities and its growing embeddedness into the world economic networks. Visualizing the network of cities (only direct linkages), we demonstrated the increasing role of Western European and Northern American cities in the system, and that during the last ten years they became more embedded in the system by establishing new connections with different Russian cities. Also, we demonstrated the rapid growth of offshore cities, and in particular, Cyprus offshores Nicosia and Limassol.

With trajectories of cities, we illustrated that most of the Russian cities declined both strength (in and out weighted degree) and diversity (in and out unweighted degree) of connections, however the proportion of firms in different economic activities did not change for the last ten years. Nevertheless, the largest cities despite of the loss of strength demonstrated growth of diversity, and the proportion of multinational firms shifted towards finance and other service activities. The cities of the North with the very specialized local economy in mining and mineral extraction did not demonstrate a single trend: some of them lost firms of many unrelated sectors and thus became more specialized in terms of a share of mining multinationals in a city; however, others (fewer cities) became more service oriented and diversified. 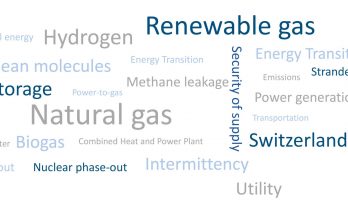 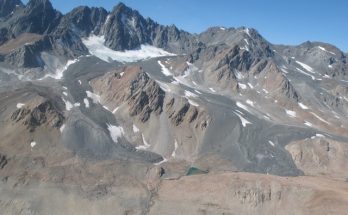 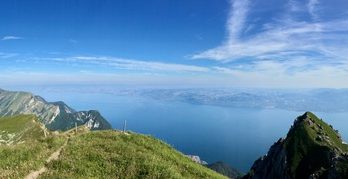