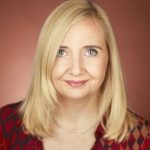 Dr Marianne Schmid Mast is full professor of Organizational Behavior at HEC at the University of Lausanne. After having received her PhD in Psychology from the University of Zurich, she pursued her research at Northeastern University in Boston (USA). She held positions as assistant professor in Social Psychology at the University of Fribourg and she was a full professor at the Department of Work and Organizational Psychology at the University of Neuchatel. Her research addresses how individuals in power hierarchies interact, perceive, and communicate (verbally and nonverbally), how first impressions affect interpersonal interactions and evaluations, how people form accurate impressions of others, and how physician communication affects patient outcomes. She uses immersive virtual environment technology to investigate interpersonal behaviour and communication as well as computer-based automatic sensing to analyse nonverbal behaviour in social interactions. She is currently an Associate Editor of the Journal of Nonverbal Behavior and in the Editorial Board of the journal Leadership Quarterly. Marianne Schmid Mast is a former member of the Swiss National Research Council and acted as president of the Swiss Psychological Society. She is a Society of Personality and Social Psychology (SPSP) fellow and an American Psychological Association (APA), Division 8 fellow, honoured for her extraordinary, distinctive, and longstanding contributions to the science of personality and social psychology. In 2018, she has been named one of the 50 most influential living psychologists. 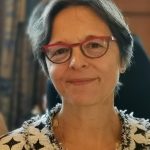 Dr Carmen Sandi is a Full Professor at the Swiss Federal Institute of Technology (EPFL) in Lausanne, Switzerland, where she leads the Laboratory of Behavioral Genetics. She did her PhD at the Cajal Institute in Madrid and postdoctoral work in the Universities of Bordeaux (France) and Open University (UK). Before being recruited to the EPFL, she was Associate Professor at the University UNED in Madrid (1996-2003). She has had been visiting Professor positions in the University of Bern (2002-2003) and in Rockefeller University (New York, 2016) and she was recipient of the Valkhof Chair at Radboud University (Nijmegen, Netherlands, 2015) and of a Distinguished Scientist position at the Hungarian Academy of Sciences (Budapest, 2015). She is a world leader in the field that connects stress with its effects in brain, behavior and physiology. An important current focus in her lab has is to elucidate the role of metabolism on anxiety, motivation and stress coping behaviors. Her lab adopts an integrative research program combining state-of-the-art approaches in rodents and humans. She was the director of the Brain Mind Institute at the EPFL (2012-2018), and is currently co-Director of the Swiss National Center of Competence in Research Synapsy and founder and co-President of the Swiss Stress Network. She was the President of the European Brain and Behavior Society (EBBS), and is currently the President of the Federation of European Neuroscience Societies (FENS).