Mountain river networks are highly dynamic (and often highly impacted) systems. As the basin area is large, lower down in the network it becomes probable that mountain torrents with much smaller basin areas join the main stem of the river. Given the difference in basin area, it is probable for most of the time the flow momentum of the tributary is much lower than the main stem and we have “low momentum ration” junctions or confluences. However, these mountain torrents are commonly steep and the distance from sediment sources to the main river stem is low. Thus they have high sediment transport delivery potential as well as relatively poorly sorted sediment as the distance available for downstream fining is reduced. Although laboratory studies have reported on these types of junctions, there are almost no field data available. This project aims to quantify the flow hydraulics, sediment transport and mixing of these junctions, and then to use these data to develop quantitative mathematical models of their formation.

The work is being done in the Rhône river catchment in Switzerland, a basin that has an elevation from 370 to 4630 m asl and is about 13% covered by glaciers. It is mainly characterized by small steep gravel bed streams carrying a significant amount of sediment load, feeding a main stem that is significantly less steep.

This site has been surveyed from the extensive scale to the local scale during this project. Extensive survey has made use of existing data bases, aerial images, and hydrological time series, to see how basin characteristics (e.g. snow, glacier cover, geology) influence junction hydrodynamics and morphodynamics (Figure 1).

These junctions are then surveyed intensively (in time and space) (Figure 2). 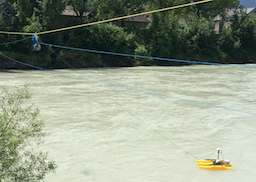 Figure 2. A specially designed rope and pulley system for guaranteeing surveys on straight lines tangential to the river flow. The image shows the SonTek M9 mounted on a Trimaran

Data have been mainly collected using an acoustic Doppler current profiler (SonTek M9 Trimaran vessel mounted aDcp). This device is widely used to measure 3D water velocity, discharge and bathymetry, and we also use it to estimate the bedload and suspended sediment rate. As current technologies for processing data are based on simplified assumptions, we consider the benefits of improving secondary circulation, bedload and suspended sediment estimations through the manner in which moving vessel aDcp data are handled.

The data are collected at several seasons and different sites to catch the temporal and spatial flow and morphological variability. Initial results suggest, surprisingly, that even junctions with extremely low momentum ratios form scour holes (Figure 3). 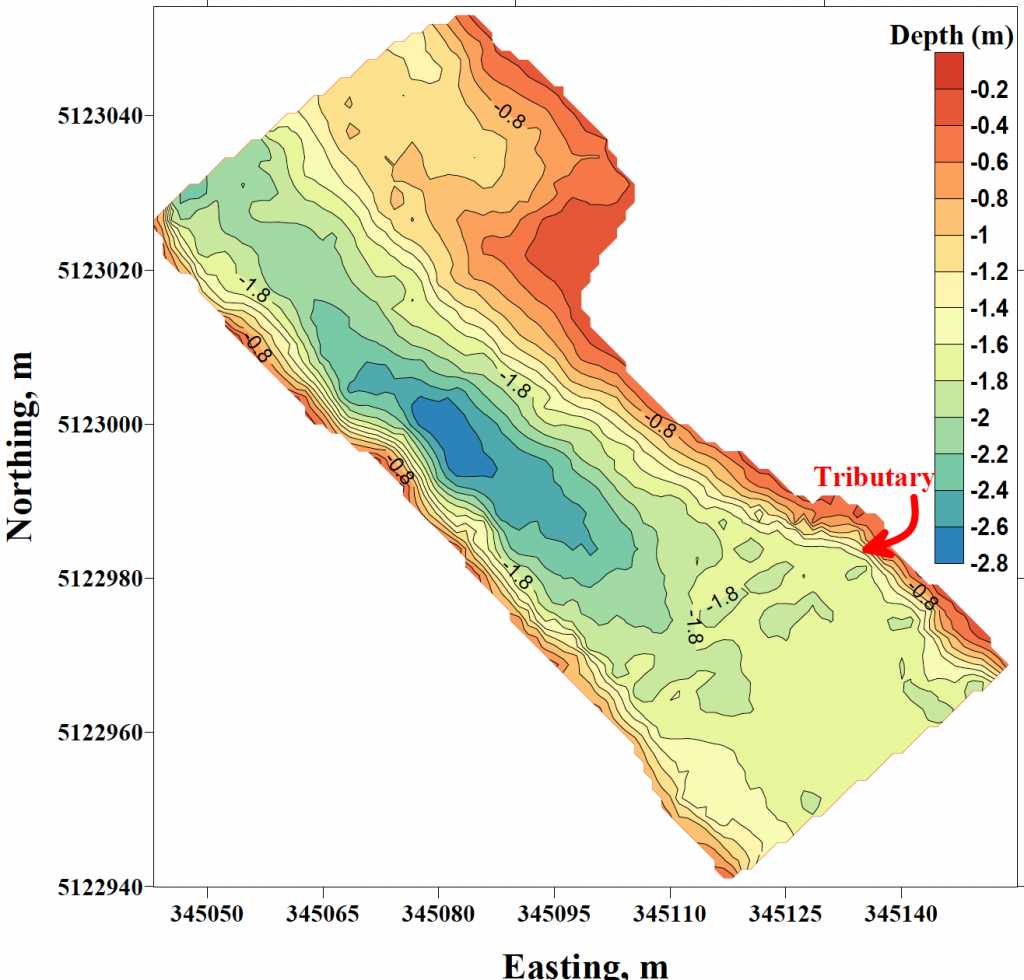 Figure 3.  River bathymetry at a junction with Mr < 0.2 showing a scour hole has formed

Work has been undertaken to improve the reliability of secondary flow estimation from aDcp data and these confirm also that even in low momentum ratio junctions, secondary circulation can form even with Mr < 0.2 (Figure 4).

Figure 4. Secondary circulation for the Avançon river junction with the main river Rhône.

By mooring the aDcp for many hours, we have been able to show how the Rhône river flow switches bed sediment transport on and off (Figure 5) and how the flow structure at low momentum junctions causes deviation in sediment transport paths.

In the afternoon of the #EawagInfotag the speakers showed the benefits of observing the environment with the aid of drones, via satellites or by evaluating videos from social media. More information: https://www.eawag.ch/en/teaching/cont-education/infoday/2022

"Flood victims... developed a rich understanding of the fundamentals of hydrology & hydraulics" through "decades of living w/ water, a process of accumulating knowledge through experience, not dissimilar to the scientist." Lane (@alp_wise) 2014 http://www.hydrol-earth-syst-sci.net/18/927/2014/hess-18-927-2014.pdf

starting with a keynote by Stuart Lane @alp_wise on alpine photogrammetry applications for geomorphology. #sensingmountains

Stuart Lane is joining the #SensingMountains summer school in Obergurgl this morning, with a keynote lecture on "Close range remote sensing for more sustainable Alpine hydropower
management"
Find his abstract below 👇