The geometry and dynamics of subglacial channels underneath Alpine temperate glaciers

Sediment exported from partially glacierized alpine catchments has diverse impacts on the downstream reaches of mountain streams. It fills water storage dams and hydropower intakes (Gabbud et al., 2016), leading to diminished energy production. It may affect the morphology and ecology of mountain streams and river valleys (Gabbud & Lane, 2016). It may contribute to natural hazards such as debris flows and landslides (Chiarle et al., 2007; Deline et al., 2004). Further, the presence of subglacial channels close to the snout of Alpine glaciers and their disintegration due to upward melting and collapse of the ice surface may be contributing to accelerated glacier retreat (Stocker-Waldhuber et al., 2017). 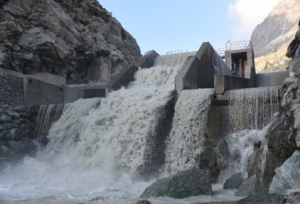 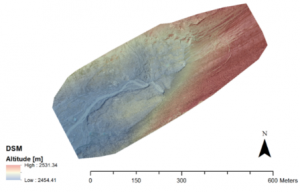 Figure 1: (a) A highly turbid stream overflowing the water intake ‘Otemma’ despite previous sedimentation. (b) UAV-based DEM and Orthoimage of the glacier margin of ‘Glacier d’Otemma’.

This project aims at determining the structure and geometry of subglacial channels of an Alpine temperate glacier with the help of Ground Penetrating Radar (GPR), UAV-based glacier surface measurements, manual measurements of ablation as well as channel exploration. We attempt to demonstrate the development of efficient, fast-flowing subglacial channels over the course of a melt season, as it has been previously suggested from tracer experiments (Nienow et al., 1998), and to show the implications of ice marginal subglacial channel collapse on rapid glacier retreat (Stocker-Waldhuber et al., 2017 ).

The main field site is the ‘Glacier d’Otemma’, situated at the end of the Haut Val de Bagnes in the South West of the Swiss Alps, at an elevation of 2450 – 3800 m.a.s.l. This glacier has retreated by approximately 2 km since 1964. Its length is of 7.5 km, the Equilibrium Line Altitude is situated at approximately 3000 m and the ice thickness reaches up to 250 m (Gabbi et al., 2012). The meltwater flows into the Mauvoisin hydropower lake, with a water intake operated by the company ‘Forces Motrices de Mauvoisin’. 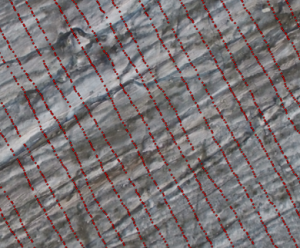 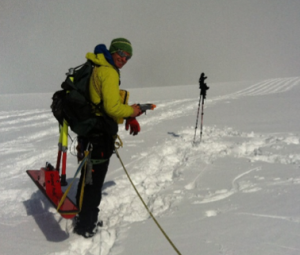 Figure 2: (a) dGPS lines registered during an April 2017 GPR survey of the Glacier d’stemma; (b) data collection during this survey.

Grids of densely spaced GPR lines (2 m spacing) were recorded at the surface of Glacier d’Otemma and 3D analysis of this data yields local glacier bed topography at a high resolution as well as the planform of a subglacial channel at the glacier bed. Due to the partial collapse of the ice margin in summer 2018 the GPR inferences of subglacial channel planform have been validated by comparing them with UAV imagery. 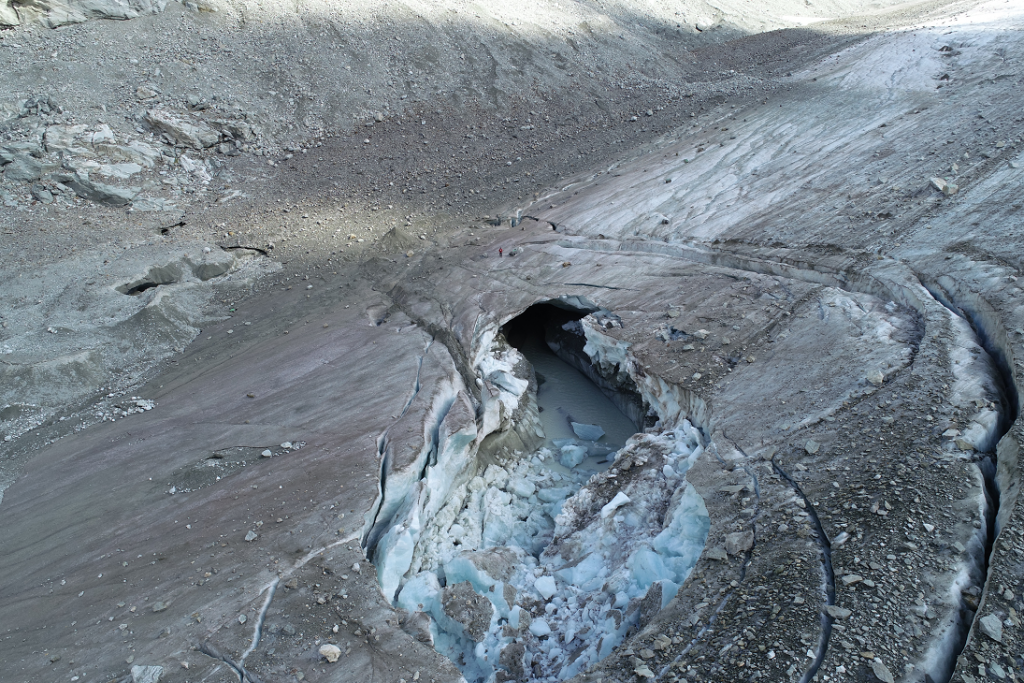 Changes in glacier surface elevation derived from UAV-based high resolution DEMs corrected by ablation stake measurements indicate a link between glacier surface deformation and the presence of large subglacial channels.  Thanks to detailed UAV-based monitoring of the ongoing collapse of the subglacial channel in summer 2018 we are now attempting to explain the interrelations between that event and rapid glacier retreat. 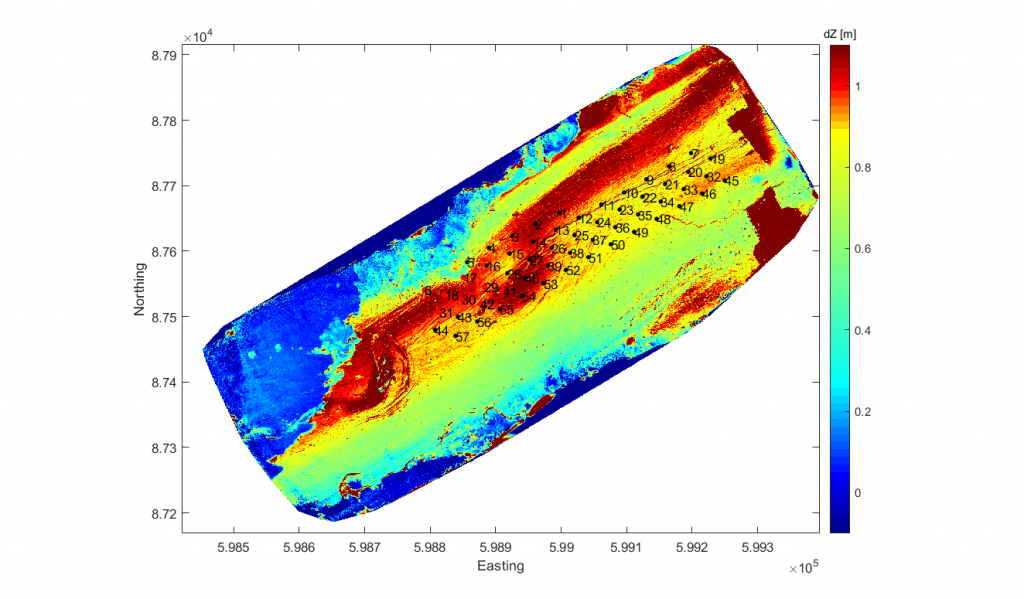 Figure 4. DEM of difference obtained using UAV-based SfM-MVS photogrammetry. The colour is the height loss, with general ablation, but increased where there is the subglacial channel. 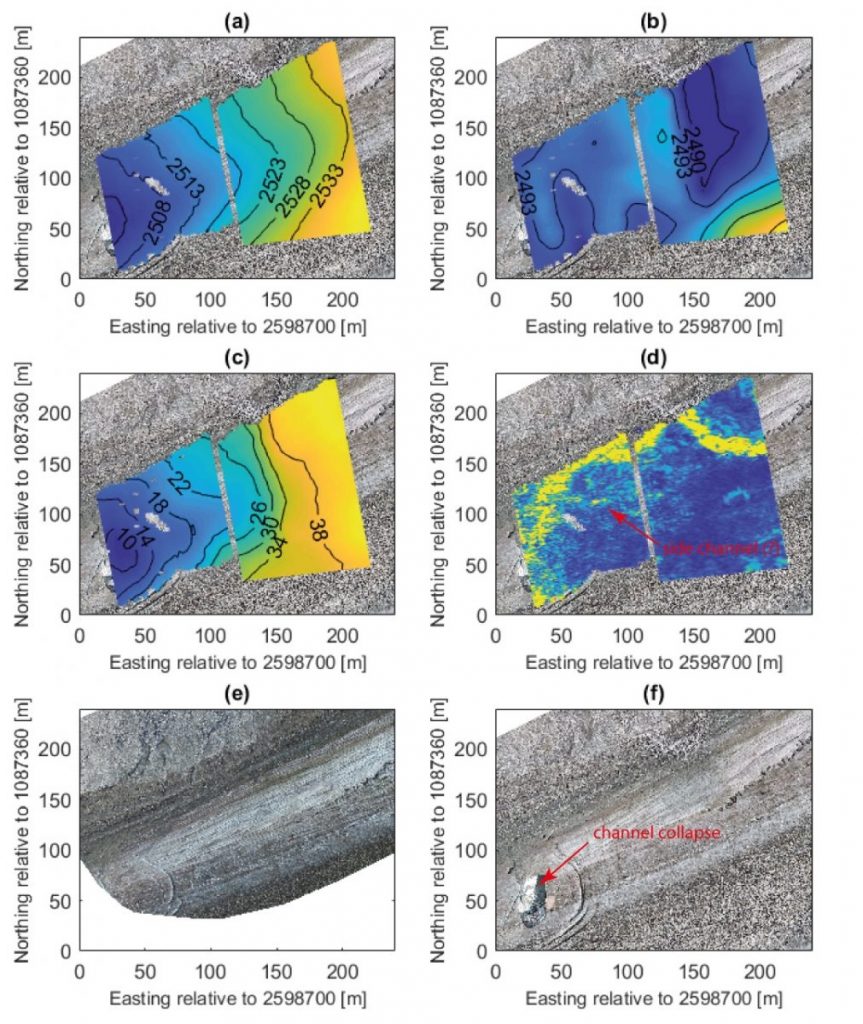 Little timelapse of @JohannaKlahold managing our fluorometer at the tongue of the Otemma glacier back in August 2022.

New paper published :
Towards a #hydrogeomorphological understanding of proglacial catchments: an assessment of #groundwater storage and release in an #Alpine catchment by Müller T., Lane S.N. and Schaefli B.