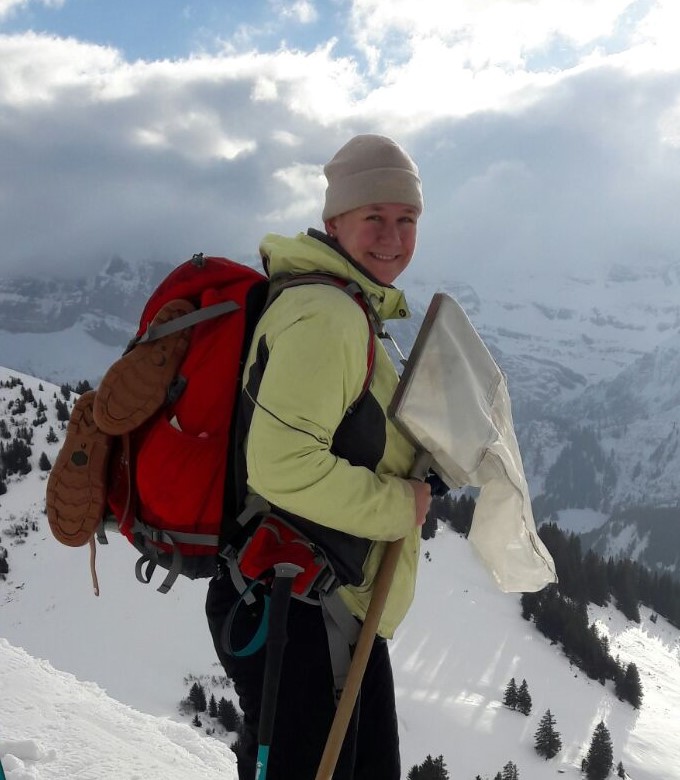 My research interests are varied but can be summarized under the umbrella of understanding stream ecosystems holistically. My individual research topics range from resource subsidies, environmental engineering, and food webs to carbon cycling, looking at responses as varied as biofilms, macroinvertebrates, and fish, with the common denominator of how spatial and temporal scale and variability of environmental conditions affect stream biological responses. My research followed along the line of increasing complexity of the environmental context (i.e., physical, chemical and biological environmental characteristics), where my MSc research focused on the macroinvertebrate communities of alpine streams in relation to flow intermittency and increased temperature predicted under climate change. My PhD research showed that while nutrient limitation of biofilms can be alleviated by salmon nutrient subsidies, the local environmental context only explained limited variation in whether salmon subsidy and bioturbation effects predominated. In fact, only high-frequency data allowed to distinguish whether salmon and/or other environmental mechanisms underlie the biofilm responses. Using the large environmental gradient from the tropics to the arctic that was part of my postdoctoral research showed that climate warming will differentially affect stream metabolism depending on the current metabolism and temperature. For my independently funded Ambizione (Swiss National Science Foundation) I combined the different trophic levels and approaches I had previously only studied independently, an approach that exemplifies the research approach I would like to continue in my research at CIRM and as an associated member of UNIL’s LAKES group. Namely, I combined two disparate fields of stream ecology, those of Food Web Ecology and Ecosystem Science. Food webs are part of an ecosystem’s function and ecosystem rates include functions exerted by the food web, but researchers rarely study them jointly or related to the environmental context.

My current objective is to extend the holistic approach of physical, chemical and biological aspects and combining disparate research fields to the freshwater continuum, meaning to study lakes and streams jointly as they are interconnected but rarely studied together. I plan to study the lotic-lentic (i.e., lotic=flowing to lentic=standing water) transition zones that are well-studied in estuaries but not in freshwater littoral zones. As many ecosystem components may respond differently to environmental conditions, I plan to study not only the physio-chemical characteristics but also different organisms, both in terms of structure and function, as well as interactively in food webs. The main objectives of this research revolve around the question of whether, and how, physical, chemical, and biological processes interact in the transition from inflowing stream to a lake and then from the lake outlet back to a stream, as well as how the presence of a lake alters a stream’s downstream continuum in terms of physical, chemical and biological structure and function. Specifically, I plan to conduct this research on Lac de Derborence, a subalpine lake in the Valais Alps, that is fed by two tributary streams of different characteristics, while being small enough that we would expect the tributaries to have the potential to influence the lake, such as in the transition zones or beyond.

I obtained my diploma (MSc) from ETH Zürich in 2003 under the guidance of PD Dr. Christopher Robinson (EAWAG) after which I worked in different academic jobs as a research and teaching assistant (ETHZ, EAWAG) until commencing my PhD studies at the University of Notre Dame, IN, USA, in 2006. After finishing with my Doctorate, I continued my research studies as a postdoctoral research associate at Kansas State University under the guidance of Professors Walter Dodds and Keith Gido and in collaboration with many others from different universities (eg, University of Georgia Athens, University of New Hampshire, University of Vermont, University of Alaska Fairbanks). At the end of 2014 I returned to Switzerland and started an independent research project funded by SNSF’s Ambizione, as an associated researcher in Prof. Tom Battin’s Stream Biofilm and Ecosystem Science group at EPF Lausanne. Since 2019, I am a postdoctoral researcher at CIRM and IDYST, studying the freshwater continuum, meaning the link between flowing and standing waters.