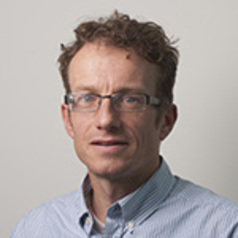 Tim has been working as a molecular geneticist for more than twenty years, the majority of that time with common human traits and diseases, particularly type 2 diabetes, obesity and related conditions. He obtained a personal chair as Professor of Human Genetics in 2007 and heads a team of 14 that has become internationally recognised as a world leader in the genetics of common traits and conditions.

His training began as a Clinical Grade A trainee molecular geneticist in the Churchill Hospital, Oxford, where he learnt the basics of human genetics including linkage analyses in Duchenne Muscular Dystrophy and Bayesian statistics in Cystic fibrosis risk calculations. He began his research career in 1996 in Exeter in the field of monogenic forms of diabetes. His work, as a PhD student with Prof Andrew Hattersley, played a key role in the characterisation of the genes for maturity onset diabetes of the young. Key work prior to the genome wide association studies includes some of the first use of meta-analyses and multiple replication studies to determine the role of common variants in disease. These include the assessment of common variants in the KCNJ11 (E23K variant, Diabetes 2003) gene in type 2 diabetes risk and the identification of the first robust associations between common variants and birth weight (TCF7L2 and Glucokinase, AJHG 2006 & 2007).