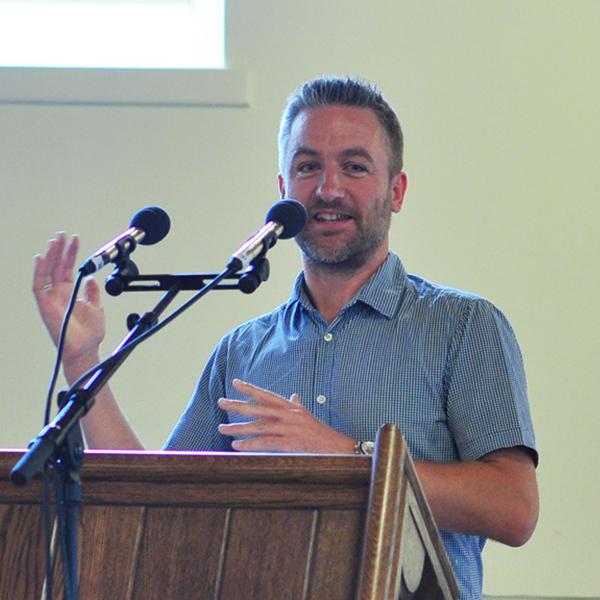 Jim Wilson is affiliated both to the Usher Institute and the MRC Human Genetics Unit. Jim read genetics at the University of Edinburgh and went up to New College in Oxford for a DPhil in human population genetics with David Goldstein. He then took up a Royal Society University Research Fellowship back in Edinburgh. His ISI Web of Science h-index is 80, his m-value 3.9, and he has been a Thomson-Reuters highly cited researcher (highlycited.com) since 2014.

Research in his group spans the interface of population and disease genetics, with a focus on the genetic architecture of complex traits and the identification of genetic variants influencing quantitative risk factors for common diseases such as heart disease and diabetes. He is particularly interested in high kinship isolate populations which have increased utility for rare variant discovery, and leads two large genetic epidemiology studies in the Northern Isles of Scotland with rich omics phenotyping, whole genome sequencing and electronic health record linkage.

His major research interest is in homozygosity and the potential role of recessive genetic variants in determining disease risk – he steers ROHgen, an international consortium of >100 cohort studies and >1M research participants, which seeks to understand the effect of inbreeding depression on complex traits. After developing the methods to measure homozygosity and describing the global distribution, the consortium has now characterised the scope of inbreeding depression in humans and continues to investigate the mechanism. Other research themes in his group include the genetics of fat distribution, food preference, Multiple Sclerosis and lifespan, as well as the genetic history of the British Isles.